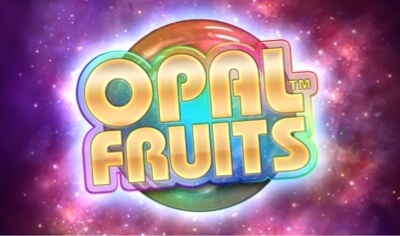 The Opal Fruits slot is a Big Time Gaming production based on a combination fruit and outer space theme. The fruit is obviously a throwback reference to early fruit machine classic slots, but the gameplay and appearance are 100 percent modern with a ton of action and 5,625 ways to win on each spin with free spins and other features added in. Read all about its features in this Opal Fruits review. We also list all online casinos where you can play Opal Fruits for free.

Gameplay is something that often gets ignored compared to branding and visual appeal in the online slot world. Big Time Gaming’s Opal Fruits online slot throws this whole paradigm on its head with a focus on an action-packed experience.

The graphics and overall visual aesthetic of this game is great, but it’s definitely focused more on the gameplay with its fruit-based theme that happens in outer space.

The layout is set up to give you a ton of action on every single spin. There are six reels with three rows on the first and last and five on the middle three. The all-ways format is in effect from left to right only, so you’ll have 5,625 ways to win on the main game mode during each spin, but there’s a bit more to it, which you’ll see below when we discuss the features that this game has to offer.

The feature set of this game mostly centers around the regular game itself, but there’s a bit more to things than meets the eye. Keep an open mind as you read because some of the core game mechanics are different than what you usually see in video slots online.

When the symbols spin, you’ll notice that there are two extra bars of symbols that run along the top and bottom of the game board. They spin horizontally instead of vertically, but for all practical purposes, they are just attached to the symbols above and below them. It’s important to note that they don’t spin vertically with the other symbols, however, for how the following feature works.

After every regular payout or winning combination, the winning symbols will explode for the Reactions feature. The idea here is that you’ll have new symbols slide or fall into place to give you more chances to win in what’s basically a free type of re-spin.

The Opal Fruits slot has a cool way of handling this type of re-spin or avalanche feature, and we haven’t seen horizontal reels used in this fashion before.

Two types of rainbow-colored wilds can be found in this game. Some of them are regular wilds, and others have an “x3” symbol on them to signify that they offer a multiplier to any wins they are a part of.

You can get multiple wild multipliers in the same win. However, if they’re on the same vertical column, they will add together to affect the multiplier. If they are on different reels, then they multiply together, which is obviously preferable in terms of the overall size of the winds and the fact that they take up more spots on the reels to make multi-line payouts easier.

On the middle four reels, you can get golden letters that spell out F-R-E-E. If you get all four on the reels at once, you start a free spins feature with 10 free turns and the ability to re-trigger your feature. Your multiplier begins at 1x in this feature, and it increases by 1 after each activation of the Reactions feature.

Because the Reactions feature can be activated multiple times in the same spin, you can run this multiplier up pretty quickly.

Whenever you get extra scatters, they will start you off at 5x or 10x for your win multiplier instead of 1x, which is obviously going to give you a lot more value. Once the win multiplier gets up to the 10x level, it gives you five extra free spins. This multiplier is actually unlimited during this feature, so your last few spins can be worth quite a bit.

How to Win at Opal Fruits

This is a low-volatility game. What that means is that you can actually use bet sizes larger than what you normally would, and the swings will stay within a pretty normal range most of the time for most of your sessions. This means that getting the free spins mode, which is where the best payouts are available, would really give you some serious prizes if you get lucky and run up the win multiplier on some winning combinations.

This leads us to the easiest way to win on this game: Play with bet sizes a little larger than what you typically would and shoot for the free spins bonus feature. The pay table is set up for a lot of small and medium wins with even the low-end symbols paying for just three of a kind in an all-ways, six-reel game, so you’ll have plenty of opportunities to stay afloat while you play.

There’s no doubt that Big Time Gaming is bringing it with the Opal Fruits slot, and there are a few key things that make it stand out:

We also want to point out a couple of things that some players may not care for:

Overall, we think it’s pretty clear that this game has a lot more good than bad, and the things that are disadvantages won’t even really be a problem for the majority of players.

Which online casinos have Opal Fruits?