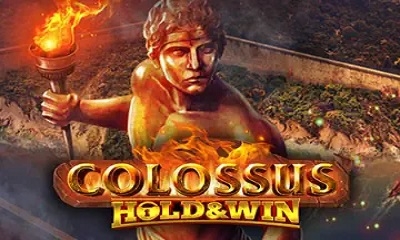 iSoftBet has brought a ton of action to the reels with the Colossus Hold and Win online slot. This title shows that they know how to create a lot of excitement with gameplay and features, and that results in having multiplier wilds, jackpot payouts and all kinds of other ways to win.

Casinos with Colossus Hold and Win

An Introduction to Colossus Hold and Win

The Colossus Hold and Win video slot is based around a statue of the Greek god Helios. Helios was their god of the sun, and the Colossus of Rhodes is a very famous statue of that deity. In fact, it’s often simply called the Colossus, and there have been super heroes and other characters given that name in honor of the statue.

However, it’s also a good reflection of the size of the payouts that you can score in this title.

They weren’t playing around with how this theme was handled. The statue itself holds a very important part in the overall gameplay. Additionally, it’s always a particularly stacked feature that puts emphasis on how tall and huge it was. While the statue in question was ultimately destroyed in the mid-600s, it’s shown in beautiful detail in this title. Along with that, other important symbols of the time are shown on the board as well.

iSoftBet decided on a style of play that centers around a few features in this game. However, they’re split between a multi-tier bonus round and what gives you additional value in the regular game mode. As a result of this balanced distribution of features, the volatility itself is kept from getting out of hand while still preserving a lot of ways to end up with some pretty big payouts.

The format of this title is laid out in a way that fits really well on mobile devices. The symbols are full, and not a lot of empty space is left just sitting there. However, to achieve this, they went with a straightforward and easy to learn format. Here’s what to expect:

In that same betting face, you’ll see two numbers: the total bet and the coin value. The coin value is only there for the sake of reference. It’s not used in any meaningful way in this title, so don’t get confused by it.

As we mentioned above, the balanced style of play keeps the volatility in check. However, it’s still a bit above-average despite the average hit-rate overall. The reason for that is that the top jackpot is pretty high compared to everything else available in the game. As a result, it pulls the volatility up slightly on its own.

A few key features with a lot of depth are used in the Colossus Hold and Win online slot. Instead of having a ton of different features to learn, iSoftBet made the ones they put in this title really count. In what follows, we’ll show you how deep the rabbit hole goes with these features, what you need to look out for and how serious your winnings can get with them when they are triggered.

The Colossus statue is the wild symbol in this title, and it’s handled in a really smart way. This wild always shows up stacked three symbols high. When it lands, it always expands to cover the entire reel as well. We love how iSoftBet thought to incorporate the height of the statue, considering it was absolutely huge, into the gameplay.

However, note that these wilds only show up on the second, third, fourth and fifth reels.

With no wilds appearing on the first reel, you cannot make wild-only winning combinations. With that said, you won’t really need to because of the value these symbols offer from the following.

Every single wild symbol gets a random multiplier added to it. This multiplier can be 2x, 3x, 5x or even 10x in size. However, if you get more than one multiplier as a part of a winning combination, they will add together to determine the total multiplier applied to the base win amount.

As you can see, these wild Colossus statue symbols definitely pull their weight. That’s in spite of the fact that they do not appear on the first reel.

When you pick up at least six of the golden coins anywhere on the board, the Colossus Hold and Win feature that the game is named after is activated. It’s critical to note that the wilds do not substitute for these coins. However, if a wild expands to cover a position where a coin was found, it still counts for this purpose.

Upon triggering the feature, each coin will show a value at random after regular payouts are paid. All non-coin symbols are removed from the game board as well.

From that point, you start with three re-spins. All blank spots will spin, and all coins remain in place. Each time you add another coin, the re-spins reset back to three. Additionally, the newly added coins become stuck in place as well.

The process continues until one of two outcomes. On the one hand, you can run out of re-spins. Alternatively, you can actually fill up the entire game board. In either case, at the end of the feature, Colossus flame multipliers can apply at random to the values shown on the coins to multiply them by as much as 10x.

On the side of the reels, you’ll see a button to take the Colossus Bet. This is a completely optional side bet that costs 100 times your overall bet size. However, it will force the Hold and Win feature to trigger on the very next spin.

We suggest lowering your bet size if you take this option. With that said, some players like to simply play the feature over and over again instead of enjoying the game in the regular game mode, so it’s important to know that’s a real possibility here.

If you’re able to fill all 15 spots, you’ll go to the final stage of the bonus round. This is where the best prizes in the Colossus Hold and Win video slot can be won. At this point, you’ll randomly be awarded one of the three static jackpot amounts:

We have two things that you need to know here. First, all of your coin payouts from the feature are awarded before the Colossal Spin. Additionally, none of these jackpots are progressives. Instead, they’re static payouts based on multiples of your overall wager amount.

How to Win at Colossus Hold and Win

The volatility of the Colossus Hold and Win video slot as a whole is definitely above-average. However, it’s not by a lot. If you want to take a little bit of the edge off of the volatility, it’s not very difficult. This can be achieved by simply dropping your bet size down one notch and going from there.

Keep in mind that this is a completely optional adjustment, and you’re under no obligation to make it. With that said, the swings will be somewhat above-average overall without it.

iSoftBet went with a very strong and bold font for the card rank symbols. We think that makes sense, and we like the visual effect quite a bit. In any event, the blue A down to the green J give payouts ranging from 3x to 1x for five of a kind combinations.

Something slot fans will absolutely enjoy about the Colossus Hold and Win slot is the additional value that the selection of features add to your overall balance. The expanding wild multipliers in particular seem to do this fairly regularly. Additionally, the graphical style is top-notch and raises up the overall gameplay experience. Everything is about fun and action with this video slot, and that’s awesome for fans who prefer a fast-paced style.

Since this title gives a serious level of quality while still standing out on its own among other games with a similar theme, we think it fits really well in iSoftBet’s selection of slots overall. We also want to point out that in comparison to other games that use similar Greek and Roman themes, they focused on something very specific here instead of the general concept with the statue motif.

Which online casinos have Colossus Hold and Win?

What is the Return to Player (RTP) for Colossus Hold and Win?