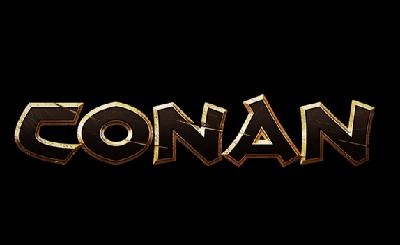 The character Conan has been made popular by incredible movies, video games, comic books and more. Net Entertainment has used this barbarian warrior and the stories around him to form their Conan online slot, which includes a whole lot of different features and an action-oriented format with tons of ways to get paid.

An Introduction to Conan

The genre of high fantasy adventure has seen some major characters, themes and stories, but few have achieved the level of fame as Conan, so it’s pretty easy to see why NetEnt would want to build a strong online slot around this franchise. In this case, they have plenty of material to work with and were able to pull together a title that really fits the theme, setting and feel.

Everything from the features to the format to the style of graphics come together to give players a particularly coherent look and experience in this game.

In terms of gameplay, you’ll have a lot of features without the regular pay table being a distant thought. The format allows for a lot of action from both ends of things, and that really helps to drive the Conan online slot’s gameplay experience over the top

You’ll know right away that this game looks and feels a little different than the average video slot as soon as you sit down to play. Here’s what you’ll get with the betting options and overall format:

As you can see from the above, there’s a lot to get excited about, and the format itself is set up to facilitate a whole lot of action. That’s fitting considering the theme and concept of the game.

There are a lot of things to look at for the gameplay for this slot, but keep in mind that because the features can be a little complicated, understand that it’s okay to refer to the pay table if you can’t remember how a certain part of the game works.

First off, there are a pair of wild symbols. They both have golden W’s with a skull behind them, but the skull can have one of two different color eyes. The blue eyes are a Tower Wild, and the red eyes are a Battle Wild. The difference between them are important for other features, but they work together to give you solid payouts.

These wilds help players to get extra wins, but they won’t substitute for scatter symbols. With that said, the tower wilds can expand to cover part of or the entire reel that they land on, so they can give you more opportunities for multiple wins all at the same time.

On the other hand, battle wilds can expand horizontally for up to three reels. Getting at least one of each on the reels at the same time can make getting the five of a kind and six of a kind payouts a whole lot easier.

On the third and four reels of the main slot game, you can get golden snake symbols on a light green background. These are mystery symbols, and they can appear in both a stacked form or individually.

The stacked form in particular is especially valuable because of the chances for multi-line wins that it gives with this feature.

If any mystery symbols appear on the game board at the end of a spin, a random non-scatter symbol will be chosen, and every single one of the mystery symbols on the reels will turn into that symbol. This gives you better chances for matching symbols, which in turn means more chances for winning combinations.

It’s possible to land a fully stacked set of snakes on the third or fourth reels that completely cover all four spots on the reel. When that happens, if you have any wins available, they will be hit with the Mystery Multiplier Feature.

What this means is that all of your wins will be subject to a randomly chosen multiplier that ranges from 3x to 7x. This is a tremendous amount of value just waiting to be had because they will also activate normally as a mystery symbol to give you opportunities for picking up several wins on that spin to begin with.

Get a fully stacked mystery symbol along with either of the wild symbols will activate the Thoth-Amon feature. The way this works is that on reels two, three, four, five and six, you’ll have between two and five randomly added mystery symbols added to the reels.

This feature essentially just makes it even easier to get more wins (and longer wins) from the Mystery Multiplier Feature, and it’s a good source of value.

The scatter symbols appear on all six reels, and they are a shield with two swords crossed behind them. You can get one free spin mode if you get at least three of these on the reels at once.

One free spins mode is the City of Thieves free spins, and this has towel wilds appear on all reels. Only the linked reels feature, where reels can link together to show identical sets of symbols, can be activated in this game mode.

In the Temple of the Serpent free spins, mystery symbols can appear stacked or individually on all reels. The Mystery Multiplier can be activated on any reel, and getting five to nine mystery symbols total will randomly activate the Thoth-Amon feature for even more mystery symbols.

Finally, there is the Walls of Tarantia free spins mode. Battle Wilds can show up on all reels in this mode, and the linked reels are again the only other feature that can appear.

How to Win at the Conan Online Slot

The key to winning at this game is to have patience regarding the bonus features. Hitting multiple features at once is really the key to getting the best payouts available, and the volatility is a bit on the high side as a result of how many bonus features there actually are in this game.

Choosing a smaller bet size than usual and stretching out your sessions longer than you might normally do can be an effective strategy in this game because it maximizes your opportunities to hit features and smooth out the swings that come from the high volatility.

Conan pays 120x for six of a kind, and Thoth-Amon (green guy with the horns) pays 110x for six on a payline as well.

Keep in mind that six of a kind wins are paid twice since you get a payout in each direction on all 24 paylines.

From there, the slain love interest of Conan Valeria pays out 100x for six of a kind combinations. You can also win 70x for six helmets, 60x for six swords or 50x for six grappling hooks in the middle of the pay table.

From there, there are smaller coin-like symbols that make up the bottom end of the pay tiers. Six of the lion gets 30x, and six of the snake is worth 25x. A prize of 20x for six of the bird coin is the lowest-tier win in the game.

Note that all of these symbols pay for three of a kind or more, and the scatters only give a free spins bonus feature without giving any actual payouts on their own.

Net Entertainment did a tremendous job with the Conan video slot. They packed it full of features that pull from characters, locations and scenarios from the stories of this barbarian, and they made it look absolutely incredible. This is a top-tier game for sure, and it shows that NetEnt is one of the undisputed kings of the online slot game with no room for any doubt whatsoever.

Which online casinos have Conan?