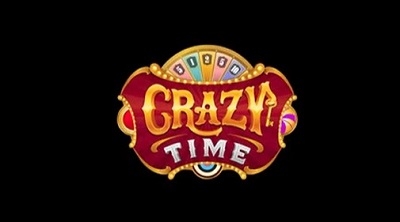 The Crazy Time casino game by Evolution Gaming is one of the most interesting titles to ever be produced. It’s based on a money wheel design with live dealer handlers, and there are a number of different bonus features available that give players tons of ways to pick up bigger and better payouts than they would in other games that use a similar wheel motif.

An Introduction to Crazy Time

One of the types of games that we have seen in live casinos that’s outside of what you typically see online is the money wheel. While there are some variations of this in the online world, they don’t really hold the interest of players in the way the live dealer games do, so they are often ignored and not really developed in any serious way.

Evolution Gaming has blown this idea out of the water with their Crazy Time live dealer wheel game.

Visually, this title looks amazing with lots of different bonus rounds available with their own change in where the cameras go, and with live dealers running the action in real time, it’s clear that you’ll have interactive elements that really bring this game to another level.

In terms of gameplay, there’s just as much excitement here as you would see with genres like video slots, so there’s no reason to expect that you might get bored.

Players will put in their bets ahead of time, and then a giant wheel is spun by a game operator. This wheel can land on a number of different things, including instant payouts. You can also place bets on the different bonus features, and what that does is that it gives you an opportunity to play them if they come up.

This is critical because you don’t want to miss out on the bonus rounds since that’s where the real value is, but one of them is triggered every six spins, so you’re not going to have a long streak without them.

When one of the features is hit, the camera will pan over to that feature and away from the main game until it’s finished. This is essentially the live dealer version of second screen bonus rounds, which is a really interesting idea that has never been explored before this title in any meaningful way. Evolution Gaming’s work in this area is the first of its kind, which isn’t surprising considering how much they have pushed the envelope on the live dealer front over more than a decade.

An Overview of Bonus Features

We’re going to give you a quick idea here of the bonus features available to wager on. These aren’t the only ways that you can win, but keep in mind that you need to place wagers on the bonus games in the Crazy Time casino game before you can qualify for them.

If you’ve played any style of pachinko, then you know that it involves a ball falling down across multiple pegs to randomly bounce into slots at the bottom that determine any win you might get.

That’s exactly the case here. One difference from some pachinko games is that the ball at the top is not released from the same position each time, and there is some degree of randomness that determines the starting position along those lines.

This bonus feature is the name of the game as well. This is a super large wheel that gives wins worth up to 200x. What’s interesting here is that there is also a multiplier that can double the size of your next spin.

Instead of being forced into using a single flapper to determine your win, there are three different flappers used, and you get to pick which of them you want to use to select your personal prize before the wheel stops spinning.

Once again, this is another concept that we can’t remember having ever seen on any level in the online casino world, and all of the credit goes to Evolution Gaming for that.

A coin will shoot out of a tube, essentially, and land on one side or the other. The two sides of the coin are colored red and blue to make them as easy as possible to differentiate.

Before the coin flips, you get to try to guess which side it will land on. If you guess the right side, then you will pick up a win multiplier shown off to the side.

On average, if you’re guessing completely at random, you’ll pick up one-half of the multiplier seen, so it’s not really that big of a deal if you guess incorrectly here and there.

The Cash Hunt feature may be the most innovative of all of the bonus features in this game, and that’s why we have saved it for last. The screen will become full of different available multipliers and will have different colors correspond to them.

The multiplier you are given is determined by blowing up the entire play field with a cannon. This is hilarious and action-oriented at the same time, which is a great combination for players who want something a bit different.

Once again, Evolution Gaming has stepped outside of the box to offer players something a bit different than what they are probably used to, and that’s the kind of thing that we can very much get behind.

How to Win at Crazy Time

There is no strategy needed to win at Crazy Time outside of how you place your bets because all of your decisions are either without strategy or are based completely on randomness.

With that said, you do need to choose which bonus features to wager on. This game is set up in a way that you will lose RTP percentage points for each feature you do not place bets on, so it’s best for you to place your bets on all of them. Make sure that you fit your bankroll management strategy to account for the overall total size of wager that you make per round.

The live casino game show genre was created by and expanded on by Evolution Gaming, and their Crazy Time online casino game is another good example of that genre in action. They are very serious about bringing players as much value as they can through these games, though there are some pros and cons.

First, we look at the pros:

And now some of the cons:

With all of that said, we think that the general game as a whole is pretty good. Evolution Gaming did an excellent job with it, and if they keep moving things in this direction, then we expect more and more great things from them.

If you are the type of player who enjoys a spectacle, then titles like this from the game show genre of live dealer games will definitely be your kind of thing. If not, then try Crazy Time anyway because it’s a bit different from others in the genre.

Which online casinos have Crazy Time?