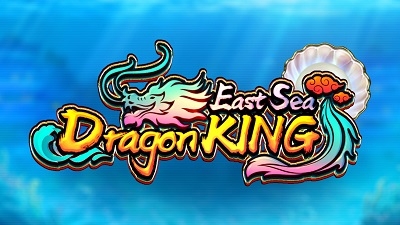 The East Sea Dragon King video slot by Net Entertainment looks like a typical video slot, but it throws the normal trappings of how you win completely out the window. With expanding wilds, cluster-based pays and a fun theme, this is definitely a title for players who like a lot of action.

When you first look at the East Sea Dragon King online slot, you may get a sense that it’s a pretty straightforward title just from its appearance. However, there’s a lot more under the surface than you will initially expect.

NetEnt did an amazing job with this title when it comes to having it look deceptively simple with a tremendous amount of nuance and a completely different style of play than most would ever guess.

The combination of the deep sea and Asian-inspired themes is something that we can’t remember having seen before. This is taken even further by having the reels actually located under the surface of the water, and since you can see completely through the backs of the reels, you have an underwater scene unfolding at all times.

On the gameplay end of things, it’s just a different kind of title than what you’re going to see virtually anywhere else. It’s one of those games where you have to see it and possibly play it to really understand.

The format of this game is one of the trickiest parts about it since it looks so normal at first glance. Here’s what to expect:

The volatility of this game is in the upper end of the low range or the lower end of the medium range. It’s not the lowest in the industry, but it’s pretty low, and you won’t really have to worry about bad swings at all when you play.

We’re going to start off this section by showing you how wins actually happen in the East Sea Dragon King online slot and move from there to what the bonus features and extra ways to win look like.

A cluster in this game is a group of matching symbols that are connected either horizontally, vertically or both. Matches that are only the same diagonally do not count for clusters in this title.

Getting a cluster of wilds will only count as symbols that it happens to be connected to on the “edges” of that particular cluster.

A key thing to understand is that you get better wins the larger your clusters are, and with only 10 coins being wagered on each spin, it’s a pretty good deal to begin with.

The dragon king in blue with a white beard and a purple set of antlers is the wild in this game. He does not give you his own special winning payouts for combinations, but he will give you lots of extra value in the form of helping to form clusters you would have missed out on otherwise and by extending the size of existing clusters.

The wild symbols in this game activate a special feature every single time you get at least one of them on the game board. These wilds expand to cover the entire reel up and down vertically and pay out any wins that are given.

From there, all of the other reels will spin again to give you a free chance to win. What’s more is that you can pick up new wilds that will then expand and stay on the game board as well to keep things pressing along for even more opportunities to get paid.

With the way the payouts are determined with clusters, having a reel full of wilds not only makes it much more likely that you’ll hit a win in the East Sea Dragon King online slot to begin with, but it also increases the size of existing wins for bigger payouts.

It’s worth noting that this re-spin feature is one of the reasons why the volatility is as low and reasonable as it is in this game because it hits so often instead of being one of those types of bonus rounds that you’ll be lucky to hit once per session.

How to Win at East Sea Dragon King

The whole reason that the volatility is so important in this game is that it allows you to adjust your bet size quite a bit without having to worry about what happens to the size of the swings that you’ll have to deal with.

You won’t have to worry so much about the size of the swings, and that means that you’ll be in good shape to hit some serious wins without having them completely wiped out so often by a single run of bad luck.

Cluster wins in this game start with five-spot clusters and go up to those with 15 spots. If you get 15 of the green dragon symbol, you’ll win the top jackpot of 10,000x. You can pick up 5,000x for five of the red box of golden ingots (14x of the dragons get this same secondary jackpot).

From there, 2,500x is yours for five of the scroll or oyster holding a pearl. It’s worth noting that there are a few others ways to win payouts of this same size with 14 of the box of ingots or 13 of the dragon symbol.

Finally, the lower end of the pay table has gold, silver and bronze coins in a bubble. They all have the same payouts that start at 1,000x for 15 of a kind.

The whole thing that really sets the East Sea Dragon King video slot apart from other games with cluster combinations is that the format is made to be the same size as the typical video slot. That puts you in a position have a feel of the gameplay that you’re familiar with while still getting paid in a different way than you’re probably used to.

The re-spin feature on top of that is a lot more interesting, particularly with the expanding wilds. For example, if you get an expanding wild on one of the middle three reels, they will be touching six other symbols, and only two of those have to match to get a winning cluster. Note that you can actually pick up multiple winning clusters in this way as well.

Overall, it’s a really fun game despite basically having an Asian spin on an underwater theme for an overall concept.