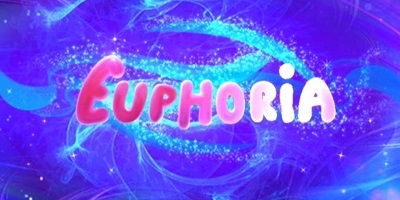 The Euphoria video slot by iSoftBet takes the 243 ways format to a whole new level. The inclusion of multipliers, wilds and free spins come together to give players a particularly exciting style of play that centers around having lots of opportunities to win and a high hit-rate.

An Introduction to Euphoria

iSoftBet has a portfolio full of titles that bring players different ways to play, and the Euphoria online slot is yet another option for players who might want something a little different without it being too far “outside of the box,” so to speak.

With its bright and vibrant theme and action-oriented style of play, this title has a pretty broad appeal.

The visual style for this title does have a certain level of brightness to it that you don’t always see, but that fits the theme of the game really well. The gem-based motif does as well, and we like to see a title’s graphics and overall concept be this coherent.

On the play style side of things, action is the name of the game here. The free spins mode in particular offers chances to win some pretty big payouts because of how the other features come together, but there’s no lack of value in the regular game mode either.

The format of this game is easy to learn because it’s so common, and that was a great foundation for putting together a slot with so many solid features. Here’s what to expect:

Volatility in this game is an interesting topic because the pay table and format lend themselves to a high hit-rate while the tremendous value shown by the free spins mode and other features would indicate a higher volatility. In total, it comes out around the lower end of the medium range, which is higher than most games with similar formats.

In the Euphoria video slot, gameplay is all about the high hit-rate from the 243 ways format and the features that dominate the experience. You’ll really want to know how these features work ahead of time so that you aren’t surprised or confused by the mechanics, so we’re going to lay it all out for you here.

The wilds in this game substitute for everything but the free spins bonus symbols. They also appear on all five reels, and that means that they can give you some payouts on their own.

There are two really important things to note here. First, the wilds pay for just two of a kind or more, which helps to increase the hit-rate. Second, the wins here are listed as coins and not multiples of your total bet size.

If you get a star symbol on the game board, it’ll offer a multiplier of 2x or 3x at random. That multiplier applies to all wins for that particular spin, and you can get more than one of them at a time.

The maximum multiplier that you can get in the regular game mode is 27x with up to three symbols appearing. In the free spins mode, that is increased to a maximum of 243x since you can get five star symbols at once instead of just three.

Bonus Euphoria online slot symbols appear on the first, last and middle reels. Get all three on the reels at the same time, and you will trigger a set of eight free spins.

The main difference between the regular game mode and the free spins mode is that the multiplier stars behave differently.

On top of all of this, the multipliers all multiply together to maintain an ongoing multiplier for all of your wins, and that means that the latter free spins are worth quite a bit if you can run up some stars early on. In fact, they are the source for the largest overall wins in the entire game.

How to Win at Euphoria

There is a lot of value tied up in the free spins feature, and that would indicate that you want as much exposure to it as possible. While you do have the option to purchase the feature for 100x your starting bet, we really do not think it’s worth it in the least bit, and we recommend players stay away from that option.

Instead, and considering the below-average level of volatility in this game, one option is to simply get in more spins per session than you normally would, and that can be achieved by using the autoplay feature.

The diamond symbol has the same payouts as the wild and is the highest-paying regular symbol with 400x wins for five of a kind combinations. The blue and purple gems pay 200x or 100x for five, respectively. From there, the gem payouts are rounded out with 80x for five of the green pentagon gem, and you’ll earn 50x for five of the orange square.

The card rank symbols come next, and they’re paired up into two groups of two each in terms of payouts. The purple A and red K symbols pay out 40x for five of a kind, and you can also earn 30x for five of the blue Q or yellow J symbols.

The Euphoria video slot brings players a fun style of play that brings multipliers to the 243 ways format in a way that we’ve never seen before. The free spins mode in particular really does a lot with accumulating these multipliers over the course of the feature, but the regular game mode does a lot with them as well.

As a result, the pay table maintains a high hit-rate and plenty of small and medium wins, but you still get plenty of opportunities for sizable upper-end wins as well. Overall, this is a style of play that works for most players and fits into the kind of thing that appeals to just about everybody.

Which online casinos have Euphoria?