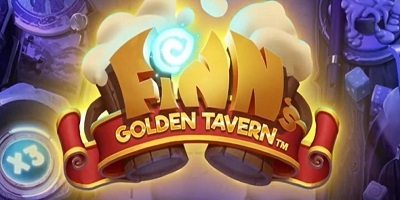 Net Entertainment’s title Finn’s Golden Tavern brings together some pretty tremendous ideas to give players a video slot that doesn’t play like any others that we’ve seen before. The symbols match horizontally or vertically, but it’s the atypical way the avalanche feature works along with guaranteed chances for free spins in a clear way on every single turn that put it over the top.

An Introduction to Finn’s Golden Tavern

One of the complaints that many players have about online slots is that so many of them seem like the same game with a different theme and paint job. NetEnt is aware of this criticism, and the Finn’s Golden Tavern video slot is a good example of how they step outside of this cliche.

The gameplay style of this slot is very atypical with a ton of action.

The way the basic gameplay works is different, as you’ll see below, but there are a number of small things that go into it as well such as how the pay distribution is set up, and all of these things combine to give players a type of experience that they really can’t find anywhere else.

Another thing about the Finn’s Golden Tavern online slot that’s notable is that the graphics and overall visual appeal are outstanding. The aesthetics of this title are as strong as you’ll find anywhere with a bit of a blend of a tavern and pirate theme as the game takes place on a treasure map with a dagger, dice and a compass nearby on the table.

This game centers around a format that is very atypical, and overall, it handles things differently than any title we’ve seen before. In what follows, we’ll give you the basic idea of what to expect:

What really makes this game different is how the features interact with the game board. You’ll notice that there is a spiral pattern on the board, and this spiral is the path that the symbols will follow to fill things in when symbols explode with the avalanche feature. That’s a part of the game’s format that drives a ton of what this title has to offer.

The feature set of this title interacts with its atypical layout to give you a tremendous amount of action. As a result, the Finn’s Golden Tavern online slot is full of plenty of ways to get paid and has a fairly high hit-rate.

Most online slots fans are familiar with the avalanche feature. The basic idea is that after any winning combinations are counted and paid, you’ll see those symbols explode or otherwise disappear to allow new symbols to fall into place for chances for more wins.

The Finn’s Golden Tavern video slot takes this to a whole new level with the way symbols feed in.

Symbols will move toward the center following the spiral pattern shown on the game board. New symbols will feed in from the bottom-left corner to start the spiral to give you more opportunities to get paid as well.

There’s a really cute star symbol with an eye patch that’s the wild symbol in this game. However, he doesn’t show up normally on the regular game board with your typical spin. Instead, he appears a different way.

When you make any winning combination that does not include a wild symbol, one wild will appear in one of the places of those three disappearing symbols as part of the avalanche features.

This gives you a lot of opportunities to get extra winning combinations that wouldn’t have otherwise been available. However, there’s even more to this little guy than meets the eye.

When you get a winning combination that does include a wild, he will explode to destroy the symbols horizontally and vertically from him. What this does for you is that it gives you more opportunities to get winning combinations with new symbols that feed in to the game, but it also puts you closer to clearing out the game board to get the free spins chest on the center square, as you’ll see below.

At the start of each regular spin, you’ll notice a glowing chest symbol in the bottom-left corner of the reels. If you get can this chest to the center space on the game board (where the X is shown in the background of the center of the map), then you will activate the free spins bonus round.

This is a very cool way of handling a free spins mode, and we can’t say that we’ve seen anything that came close to being like this before, which goes to show just how many new ideas Net Entertainment can get out of video slot formats.

How to Win at Finn’s Golden Tavern

A lot of players like to adjust their bet sizes based on the hit-rate and volatility of titles. With high-volatility slots, they’ll use a lower bet size, and with games that have a lower volatility, they’ll go with a higher bet size. When it comes to Finn’s Gold Tavern video slot, we recommend neither approach.

There are no strategic options in this game that will affect the RTP percentage like what you see with some titles with picking certain numbers of paylines or other decisions. Instead, the best thing you can do in this game is use a bet size that’s near the middle of the range that you’re comfortable with and let the symbols fall where they may.

Everything about this game is a bit different than usual, and the payout structure is yet another example of that.

The top-paying symbols in the game are the gold coins, but they all have different values on them. You don’t have to worry about matching up coins with the same values, however. Instead, when you line up three or more coins in a vertical or horizontal line, you’ll pick up a win that’s the total of the values shown on the coins themselves. For example, if you had a combination with two 10-unit coins and a 5-unit coin, then the total win would be 25x.

This is a really innovative idea, and it’s just another way that NetEnt came through on this slot. Coins are available in 5x, 10x, 20x and 50x denominations, so the maximum win possible would be five in a row of 50x denomination coins, which would give a win of 250 coins.

From there, there are four other symbols that are different kinds of drinks that you could get at a tavern. They all have the same payouts, however, which come down to 50x, 5x and 1x based on coin amounts.

We can’t give the Finn’s Golden Tavern online slot by Net Entertainment enough praise. It’s an absolutely tremendous game that shows just how deep gameplay can go on a video slot, and it looks terrific as well.