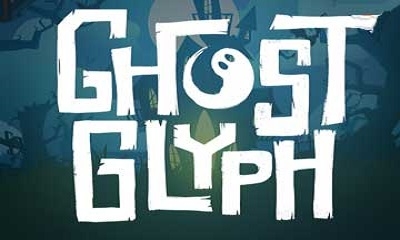 The Ghost Glyph video slot from Quickspin gives players a combination ghost and treasure-hunting themed game with a fun gameplay concept and great graphics. The action is serious here with lots of ways to get frequent wins at all levels.

An Introduction to Ghost Glyph

We’re to a point in the video slot industry where the non-standard formats get more and more attention. At this stage in the modern era of the genre, players have pretty much seen everything there is to see in terms of format and layout, so just stepping a little outside of the box isn’t enough to guarantee that a game grabs the attention of people who would play it.

That’s why it’s so important to see how Quickspin’s Ghost Glyph online slot combines an atypical layout style with features and gameplay that are actually exciting and genuinely fun to experience.

It’s this fun factor that’s missing from so many slots, but Quickspin has brought it out here with a high hit-rate style of play based around lots of features that can give you various ways to win within the context of the ghost and treasure-hunting concept of the game.

Something we really like to see is a slot that combines solid gameplay with great graphics, and that’s what you get here. The visual appeal is very serious, and this title has an aesthetic that puts it up there with some of the best that’s ever been produced in the genre.

The layout for this game is the first thing most players will probably notice because it’s a little different than the norm. However, Quickspin didn’t just make it different for the sake of being different: The feature set and overall gameplay make plenty of sense in this style of format.

Here we’ll show you what to expect:

The volatility is somewhere between the low and medium range, but the hit-rate is high enough that a lot of the swings that would happen here and there are made much less severe. As a result, if you’re looking for a game that has a pretty smooth and relaxing style to it while still offering a lot of features and action, then this is a title to check out.

The feature set of the Ghost Glyph online slot is pretty serious. There’s a lot going on here and a lot to know about when you’re playing so that you know how the features work. In what follows, we’ll explain everything that you need to know to get started.

The tumble feature is the feature in this game that you will run into the most often. It’s all about what happens when you get any winning clusters on the game board.

First, you’ll be paid normally for those clusters. However, that will not be the end of the turn. Instead, all of the symbols from those clusters will disappear, and you’ll have new symbols fall down into place to give you more opportunities to get paid.

If you get new winning clusters from this, the same process continues over and over until no new wins are available. These tumbles do not cost you anything and are included in the cost of the original spin that triggered them.

After each winning cluster, you can see a glyph appear that can match up with the urn at the top of the screen. If they match up, then you’ll get a wild put in place of the winning combination. On top of that, there are four colors of urns that can offer four different features when they are triggered:

The yellow and blue are the best-paying of the four urns.

You’ll get tumbles that fill the meter at the side of the reels during the free spins mode. When you fill that meter up, you’ll trigger the colossal wild. This is a massive wild and is triggered at the end of the bonus game to give you opportunities for the largest individual wins that you can get in the game.

Note that blue urns during this feature will add more free spins to your total.

How to Win at Ghost Glyph

The thing to know about the Ghost Glyph video slot in terms of how to go about maximizing your chances of winning and having a good experience is that you will probably want to make some betting adjustments because of how it plays. The hit-rate is high, and the volatility is in the medium-low range, which means an adjustment is in order.

Most players have a range of bet sizes that they’re comfortable with as a part of their bankroll management strategy. In this case, you can go with something slightly higher than your average bet size, perhaps in the range of 50 to 75 percent higher than your normal bet sizing. This helps you to get better wins while also shielding you from massive swings since the volatility and hit-rate are set appropriately.

There are three high-level gem symbols. The blue gem pays 600x for clusters of 15 or more, and 15 or more of the red and green gems get you 300x and 150x, respectively.

The overall theme is utilized in a particularly cool way in this video slot, compared to it merely being a unimportant part of the experience like what players see in the majority of video slots. The gameplay is tremendously centered on action with a ton of opportunities to come out on top, and as part of this software company’s portfolio overall, this is a slot that fills a critical role since it is a strong fit to many people.

The presentation of this slot is great and boosts the overall gameplay experience. We also want to point out that a wide range of extra features can be found in this video slot, which is a fact you can’t say for much of the slots world as a whole.