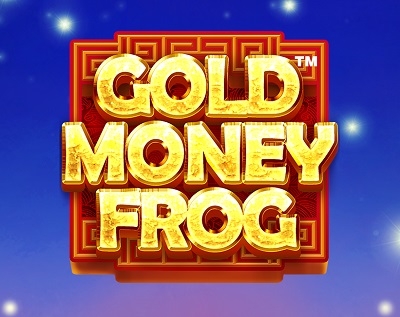 The Gold Money Frog online slot by Net Entertainment is a title that is completely packed with features that drive a tremendous amount of action within a fairly low-volatility environment. There are three top jackpots to win along with free spins and other goodies in this game that are sure to give you lots of opportunities to get paid in a serious way.

An Introduction to Gold Money Frog

Net Entertainment has made several games with different types of Asian-inspired themes, and the Gold Money Frog video slot falls into that set of titles. With that said, they didn’t just throw together this type of concept with no meaning or cohesion with the rest of what the game has to offer.

All of the features, symbols and other graphics come together with the theme of this game to create an awesome experience that makes sense for the players.

We really like the feature-centric gameplay that this slot has to offer with a lot of ways to get paid outside of the regular pay table. With that said, the pay table itself is fairly generous and offers a steady stream of low and mid-level payouts to keep the swings at a minimum.

From a visual standpoint, it’s a title that looks great as well with soft, 2-D graphics that sit in front of a bunch of lily pads in the background with a sort of muted style of graphics that fits well in this environment.

NetEnt used a solid layout as a foundation for this game so that all of the features are easy to understand. Here’s what to expect:

We want to point out that the volatility for this game is pretty low, especially considering the number of features it has and the size of some of the payouts. Additionally, all wins that we describe are bet line-based except for the scatters, which are based on your total bet sizes.

As we mentioned above, a lot of this game is based around the feature set, so there’s a lot going on that players will want to be familiar with before they get started since it’s a little easy to get lost with so many features.

First off, we have the big, golden wild symbols. They substitute for every symbol in the game except for the bonus symbols and the scatter symbols. Here are the payouts for combinations of just the wilds:

Having a payout for two of a kind is nice, but keep in mind that if those two wilds could be a part of a different combination that would pay more, then you’ll always get the larger payout. Each payline is evaluated individually to give you the best single win available to make sure that you always get the most money that you’re owed from the winning combinations you pick up on the game board.

The scatters are sets of yellow, red and blue lanterns. You’ll get some pretty solid payouts with these scatters along the following lines:

Note that these wins are multiples of the total amount that you’re wagering, so the 400x top win for five scatters is the equivalent of a massive 10,000x payout based on the payline designations.

The scattered lantern sets are also responsible for giving you a set of free spins. You can win the following numbers of free turns in this feature:

What’s more is that this free spins bonus feature has all wins multiplied by a factor of three other than the jackpot wins from the other bonus round, so that’s obviously a pretty tremendous deal.

There are three jackpots listed at the top of the game board at all times. They are the Super, Major and Minor. You get a chance to win one of these three jackpots when you enter the Jackpot Bonus Game.

Three or more of the bonus wheel symbol on a payline from left to right will activate the feature.

A wheel will appear, and you’ll have a chance to win instant payouts worth up to 100 times your total bet along with chances to win one of the three jackpots. The Super Jackpot is generally the best win available in the game, and it’s enough money that it can’t really be ignored.

How to Win at Gold Money Frog

The volatility of this game is pretty low in spite of how good a lot of the payouts are. What this means is that you have an opportunity to increase your bet size a bit higher than what you would normally use while keeping the swings from being bad at all.

The reason that this can be a viable strategy is that it drastically increases the sizes of the big wins that you pick up from this top-heavy pay schedule. This is especially true for bonus features like the free spins that triple the size of all of your wins.

The golden frog covered in gold coins is the namesake of this title, and it pays for just two of a kind or more (other regular symbols need at least three). Five of this golden frog gets you a 500x win. However, there is another 500x win available for five of the golden bat symbol.

Moving down to the middle of the payout range, a win of 250x is yours for five of a kind combinations of the red bridge symbol. The kite is worth 125x for five as well.

From there, the card rank symbol wins are broken up into two groups: The red A and yellow K pay 100x for five, and the purple Q and green J give you 75x wins for five of a kind combinations.

There’s no doubting that the theme is a little generic within the Asian subset of titles, but the Gold Money Frog online slot is a great example of Net Entertainment putting together some killer gameplay with solid graphics to give players a tremendous experience.

NetEnt sometimes gets criticism that their most popular games are those that already have big media brands behind them, but this title (and many others) contests this view because it shows that they can make an excellent title without that big brand backing. Overall, it’s a very fun game with a lot of ways to get paid in a serious way, and that’s what most players are looking for.