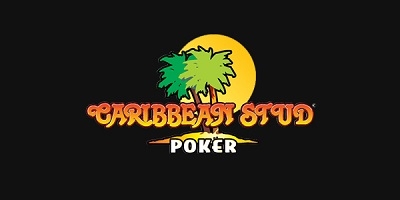 Live dealer Caribbean stud is a poker-based game with a fair amount of strategy and some element of luck. It’s a great mix of these two elements, which makes it one of the most popular casino poker titles. In the live dealer environment, it’s even better with the social element added in.

An Introduction to Live Caribbean Stud

In the genre of poker games found at casinos, the live selection is sometimes a bit limited. This is because most casino poker titles don’t have a large enough following to justify a live game. With that said, live Caribbean stud is an exception to that rule.

This exception exists because the game itself is so strong. It provides the perfect mix of a reasonable amount of strategy with some degree of luck.

This combination makes it perfect for the live dealer atmosphere. We see this being the case in part because of the social aspect. Put another way, players can talk strategy at the table while also celebrating their wins together. This is because, typically speaking, everyone is playing the same hand.

It’s worth noting that it’s not a particularly complicated game either, so it’s accessible to more players. Even if you aren’t into titles with a tremendous amount of strategy, you can learn to play this game pretty well in just a few short minutes.

The rules of live dealer Caribbean stud center around five-card poker rankings. We’ll show you these rankings and why they’re relevant in what follows. We’ll also show you how the procedure of the game flows and what you can win.

For a quick refresher, here are the five-card poker hand rankings used in this game:

High card hands are ranked based on a simple system. Line the cards from the hands up in order of strength from left to right starting with the strongest. Start from the left and compare cards until one is higher. For example, the hand A-K-T-3-2 will beat the hand A-K-9-8-2. If the five cards in each hand are all of the same rank, then the hand ties.

The play procedure for live Caribbean stud is pretty straightforward. It can take a few hands to get used to, but once you’re there, it’s not very complicated. Note that we’re not going to talk about any side bets here and will instead get into that down below.

These hands go fairly quickly, which make them perfect for the live dealer environment. They also don’t have multiple betting options to choose from, so a lot of hands are pretty easy to play perfectly from a strategic standpoint, which speeds the game up quite a bit as well.

When you win after the dealer qualifies, your raise can pay more than 1:1 depending on your hand. However, the pay table used for this can vary a bit. In what follows, we’ll look over the most common pay table you’ll find in live Caribbean stud games online.

It’s really important to point out that two things have to happen before this pay table applies. First, the dealer must qualify. If the dealer doesn’t qualify, then your raise wager is simply returned to you no matter the cards you have.

Second, you have to beat the dealer’s hand. If you hold a straight flush, but the dealer has a royal, then you won’t get paid for it. Both of these conditions must be met for the raise pay table to come into play.

Two common side bets can be found at the live dealer Caribbean stud tables. Not all games will have these, but the vast majority of them will. They are calculated separately from the rest of the wagers, but a regular ante bet is required to play them.

Many games will have a side bet for some small amount, usually a token €1 no matter the ante. The pay tables on these can vary pretty wildly for lower hands. However, the basic idea is that you win on a royal and pick up a smaller jackpot with a straight flush.

It’s rare for hands at the straight level and below to be paid by this progressive side bet. You essentially have a miniature lottery being played here for all intents and purposes. However, it’s the poker hand value of your five cards that determine the payout.

The 5+1 Bonus is a cool side bet that’s very specific to the live Caribbean stud tables. That’s because it requires the player’s five starting cards as well as the dealer’s face-up card. The idea is that you use those six cards to create the best five-card poker hand possible. From there, you’re paid based on a pay table:

When compared to the progressive side bet, this one has a lower level of volatility. That’s because the upper-tier prizes are static instead of variable. Moreover, pays for lower-ranked hands that hit more often smooth things out as well.

The 5+1 Bonus side bet can be found at the tables powered by Evolution Gaming and some other software providers, but it’s not always available just depending on where you play. Like the progressive side bet, you do have to make an ante wager to play the 5+1 Bonus. However, it’s not contingent on whether you raise or fold with your ante hand.

How to Win at Live Caribbean Stud Poker

Something that draws a lot of players into this game is that the strategies are pretty straightforward for most hands. However, a strong degree of depth is found in a minority of hands. With that said, you can follow an easy rule of thumb to cover most of what you’ll see:

That leaves how to play A-K high hands, which is a pretty complicated topic. You have to take into consideration the specific cards in your hand and the dealer’s face-up card. This will allow you to make the best decision possible, but keep in mind that this is a minority of hands.

Live Caribbean stud is a game that brings players together from all over the world. The strategic nature of the game is notable, but it doesn’t dominate every aspect of the experience. This sets it apart from other popular card-based live titles like blackjack. If you want something a bit more relaxed and fun but that isn’t completely luck-based, then this is a good choice.