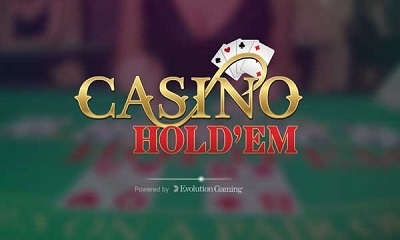 The live dealer casino hold’em tables offer a chance to face off against a real dealer. Bring your best strategies to the table, and hope for the best cards to hit your big hands. On top of that, you can bring down a massive jackpot thanks to the Jumbo 7 progressive in certain games.

An Introduction to Live Casino Hold’em

In the world of casino strategy games, live casino hold’em has a special place. It offers a solid amount of strategy, but it’s not a stiff, stodgy experience either. Instead, it has a good balance of strategic thinking and fun.

This balance is pretty hard to come by. That’s one of the reasons why the live dealer casino hold’em tables are so popular.

One of the things that really appeals to a lot of players is social interaction in the games. In particular, players seem to really like it when they’re all in it together against the casino. That’s exactly what happens with the social atmosphere of this game, and it’s the kind of thing that’s a big draw all on its own because it creates an experience that you can’t really match with many other titles.

Things to Know Before You Play

Before you get started playing this game, there are a few straightforward things that you should know. We’ll quickly cover those things here and jump into the gameplay procedure as well.

The first thing to know is how the five-card hand rankings work for poker in general. These are pretty standard, but some players might need a refresher. Here’s a quick overview from strongest to weakest:

What we need to point out is that your final hand (and the dealer’s final hand) will have five cards. However, those will be pulled from seven available cards. The way your actual hand is determined is by what gives you the best possible hand. That determination is made on the above rankings.

How a Single Hand is Played

The procedure for playing through a single hand of live casino hold’em can seem a little complicated at first. However, once you actually sit and play through a few of them, it’ll make sense. Thankfully, the way this game is played becomes intuitive very quickly.

Here’s what you’ll have happen. Note that we’re going to leave an optional jackpot wager side bet until further down below.

Once a hand is finished, a timer will begin where players can place their ante wagers and progressive side bet (if available). This timer is usually just a few moments to keep the game moving along.

If you win, whether the dealer qualifies or not, you’re given a payout on your ante. This payout can be larger for better hands. While a variety of different ante pay tables exist, the most common one found in live dealer casino hold’em is as follows:

As we said above, these payouts can vary a bit. However, most live dealer casino hold’em tables will have the pay table above or one that’s very similar to it.

Some live casino hold’em games will have an optional jackpot side bet. The most popular of these is the Jumbo 7, a progressive from Evolution Gaming. However, other providers can have similar side bets, and not all Evolution Gaming tables will give access to this jackpot.

The idea is that your initial two cards along with all five of the community cards combine to determine if you win a prize on a pay table. You’ll always be wagering €1 on the side bet, and it’s worth noting that the results of the ante wager do not influence the Jumbo 7 in any way.

If two players win the progressive at the same time, the progressive is split in half for them. This is possible with certain card combinations, but it’s not particularly likely.

How to Win at Live Casino Hold’em

The real key to playing this game well is understanding basic strategy for it. Unfortunately, there is no simple chart out there that you can follow that will show you how to play. Instead, if you want to learn this game on a high level, you have to do a lot of practice hands.

One of the easiest ways to get better is to simply track your hands. You do this by taking note of how many times you call and how many times you fold. On average, you should only be folding about one out of every five hands. If you find yourself folding much more often than that, then you know you should open up a bit. However, if you find yourself folding much less often, then you’ll need to tighten up some.

Outside of that approach, there is no easy way to figure out if you’re playing well or not without examining individual hands.

The social atmosphere of live dealer casino hold’em puts players in a position to have a great time. On top of that, you can celebrate your wins and complain about your losses together. That’s always something fun to do, and it’s a key part of the casino experience that’s often lost when playing traditional online casino games.