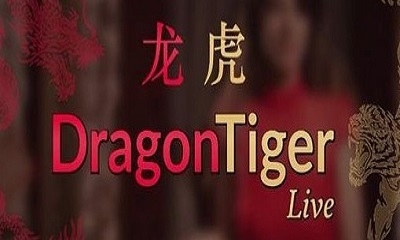 Live dealer Dragon Tiger is one of the most popular games available for Asian players. However, it’s also popular on a global level because of its speed and simplicity. The action is similar to Baccarat, but the format has been changed to keep the game moving along.

An Introduction to Live Dragon Tiger

The card game side of the online casino industry has to balance between two extremes. Games need to have enough complication to be interesting on the one hand. However, on the other hand, they can’t be so complicated that they’re not fun to play.

Live dealer Dragon Tiger strikes a balance that’s a little more on the simple side while still preserving a lot of action and excitement.

The experience as a whole is what’s most important for live Dragon Tiger online. This is why the live version is generally more popular than the regular version for this title. However, the presentation is also pretty solid in the live interface, which shouldn’t be overlooked.

As far as the gameplay goes, it’s not particularly complicated. As a result, some players who like a lot of depth might not be fans. However, the majority of players will enjoy this game quite a bit. This includes appreciating how complicated, in-depth strategies aren’t required.

Before we dive into the meat of the game, we want to address an important comparison. Dragon Tiger is often compared to Baccarat in terms of the overall gameplay. In fact, a lot of people simply call it Baccarat with fewer cards.

The number of cards is one key difference, but that’s not all. The gameplay for Dragon Tiger live tables is also much faster than the Baccarat equivalent. As a result, you can get in more hands per hour, something that live dealer games aren’t particularly known for.

Overall, there’s also not much of a loss of depth in the switch from Baccarat to this game. The exception is if you’re really into the gameplay mechanics of how the house determines if a hand gets an extra card in Baccarat. The vast majority of players simply don’t care, so it’s not an issue.

In the following, we’re going to break down the basic rules of live Dragon Tiger. Note that some variation will exist from one software provider to another. However, those differences are generally pretty minor outside of available side bets.

With that said, here are a few basics about the game:

From there, we can hop right into how an actual hand is played.

The way a single hand is played is really straightforward. You start out by placing a bet on the format on the table. We’ll get into which bets may be available down below.

Once the bets are set, a card is dealt to the Dragon and Tiger sides of the table. One card goes to each side, and that’s it. No more cards can be added. Those two available cards are the ones that determine which bets win and which bets lose.

That’s really about as simple as a card-based casino game can get. However, since there are no complicated dealing procedures, the play is pretty quick. That means more time getting in on the action and less time spent watching the dealer deal cards.

A handful of bets will pretty much always be available no matter who you’re playing with. Here we’ll break those down and show you what the house edge looks like.

For both the Dragon and Tiger bets, things are pretty straightforward. If you win, you get paid even money at 1:1. If you lose, you lose your entire wager. However, if it comes out as a tie, then you lose half of your wager. The other half is returned to you. The resulting house edge is about 3.7 percent on each of these bets.

With the tie bet, you win if both the Dragon and Tiger show the same rank. The traditional payout for this wager is 8:1, which has a horrific house edge and should basically never be played. However, the payouts can vary a bit with different respective house edges. Consider the following for some examples:

You won’t see payouts higher than 12:1 because that will give an advantage to the player. With that said, the tie bet is usually somewhere between 8:1 and 10:1 with most software providers. That means that it’s usually not viable as a regular option.

A few other side bets can be available as well. These may or may not appear in any given game, but it’s important to know that they exist.

The most common extra side bet is the suited tie. This wins if you have a tie between two cards that have the same suit. With an eight-deck shoe, you have about a 1.7 percent chance of winning, and it pays out at 50:1. This leads to a house edge of just a hair under 14 percent. That’s not really something to get excited about. However, it does give you an idea of what the extra side bets look like in live dealer Dragon Tiger.

A pair of bets called Big/Small can be available as well. This is a wager on a single card, so you have to pick a side of either Dragon or Tiger. This leads to bets like “Big Dragon” or “Small Tiger.” All four of the available variations of this wager are based on if the card is above or below seven. If it’s six or lower, then the small wins. If it’s eight or higher, the big wins. A seven makes both lose. Each of these wagers has a house edge of 7.7 percent.

How to Win at Live Dragon Tiger

Because you don’t have any strategic options with the cards themselves, strategy is rather limited. Generally speaking, sticking with the dragon or tiger wagers themselves is often the best strategy.

With that said, they aren’t held at all live games, so you may have to look around for them.

The social culture around live dealer Dragon Tiger is a big part of why so many people love this game. Chatting each other up and celebrating wins together is a big part of the experience as a whole. This is why the live version does so much better than the regular version of this game, which is atypical in the online casino industry overall.

Generally speaking, this is a more simple, faster version of Baccarat with easy gameplay to learn. There’s also a whole lot of action.