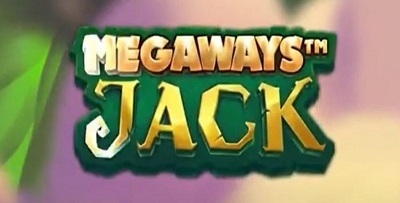 The Megaways Jack online slot by Iron Dog Studio is based on the Jack and the Beanstalk story. This game looks amazing with an extremely high quality of graphics and offers a high-action style of play with the Megaways layout and some massive bonus features and extra ways to win.

An Introduction to Megaways Jack

The most popular games seem to usually be those based on some major media brand in the online slots world, but Iron Dog Studio doesn’t believe that’s needed to make a game that’s at the top of the hierarchy in terms of quality.

With the Megaways Jack video slot, you see this philosophy in full effect.

The graphics for this game are up there with the best that you’ll find in any online slot from any provider. It has a tremendous style of animation that looks like it’s straight out of a high-quality animated retelling of the story it’s based on.

They didn’t just rely on the visuals here, however, instead, players have a style of action that gives a whole lot of different ways to get paid, and the features are constantly woven in and out of the regular gameplay, so there’s no such thing as two playing sessions that will go the same.

This game uses the Megaways format, which means that you have thousands of opportunities to get paid on each and every spin. Here’s what to expect:

There are a lot of features in the Megaways Jack video slot that happen in the regular game mode, but there’s also an in-depth bonus round that takes you into another game mode with some different things going on with the feature set.

The golden egg is the wild symbol in this game. In Megaways style titles, wilds have to be handled carefully because they give such an overwhelming amount of value, and in this game, they appear on every reel but the first.

While this does mean that you can’t get wins that only consist of wild symbols, it also means that you’ll get plenty of extra payouts that you would have otherwise missed thanks to these golden eggs.

The basic function of the wilds in this title are really simple: They give you extra payouts you would have missed out on, and they also extend the size of existing wins both in length and for the overall multiplier as per the “all ways” aspect of the layout.

After each winning spin, the wins available on the reels will be paid out before those symbols disappear. This allows more symbols to fall down to fill up the grid, which in turn creates more chances for winning combinations on what basically amounts as a version of a free re-spin.

This process can continue with further wins until you get a situation where no new wins are available. When that happens, the spin is over, and you have the option to spin again normally.

There is a magic harp on the left-hand side of the reels that can play at random during your sessions. It will give random features both in the regular game mode and the free spins mode.

Some of the features you can get include:

The extra free spins can only be awarded during a free spins mode that’s already been activated.

There is a beanstalk on the right-hand side of the reels and a meter that extends from the end of the beanstalk across the top of the reels from right to left. This meter, including the seven spots on the beanstalk to the right of the fifth reel, are counting the number of magic beans you get on a given paid spin.

You can only pick up magic beans during the tumble feature as they can only fall down from above to fill in empty spots. They give up to three positions on the beanstalk and accompanying meter.

When you get at least eight of these beans counted in this way on a given spin, you’ll trigger a free spins mode. With 10 or 11, you’re given a 2x multiplier on your free spins wins, and with 12 or 13, that multiplier increases to a higher 3x.

It’s worth noting that you can also add extra free spins by getting four or more tumbles on the same regular spin.

How to Win at Megaways Jack

The volatility is pretty low in this game, and with a hit-rate so high, you don’t have to worry about very bad swings. As a result, using a larger bet size than usual in the Megaways Jack online slot is a reasonable strategy that takes advantage of the relationship between the volatility, the hit-rate and the gameplay style.

Jack is the boy with red hair in this game, and he pays for two of a kind or more. He’s the only symbol that doesn’t need at least three of a kind for a payout, but six of this boy gets you the best regular prize you can get at 500x.

From there, six of the giant is worth 150x, and six of Jack’s mother will get you 100x. At the mid-level, ther eare also wins of 40x available when you get six of the cow or goose symbols.

The card rank symbols have the payouts flatten off a bit. The A and K symbols, which are very well decorated, pay 20x for six. You can earn 15x for six of a kind combinations of the Q symbol, or you can make it 12x for six of the J or 10.

Iron Dog Studio did an amazing job with the visual appeal and overall presentation of the Megaways Jack video slot. There’s no denying that they created a title on the gameplay side that’s excellent as well, and that’s the sort of thing that players really get excited about because it means that both sides of the graphics/gameplay equation are satisfied.

If you like a high level of action, then this is a good pick for you. However, if you’re a player who prefers things to be a big slower-paced, or if you prefer a really high volatility with unpredictable swings, then you might want to seek out a title that’s structured a little differently.

Which online casinos have Megaways Jack?