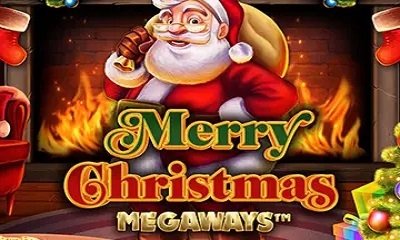 The Merry Christmas Megaways online slot from Inspired Gaming brings players by the fireside for a fun holiday experience. You’ll see gifts, ornaments and all kinds of decorations by the tree. However, you can also have thousands of chances for big payouts on every turn.

An Introduction to Merry Christmas Megaways

We have seen no shortage of holiday-themed online slots in the industry over the years. However, Inspired Gaming’s Merry Christmas Megaways video slot offers something that stands out in the sub-genre. They’ve achieved this by giving players something tremendous to look at within a format that’s geared toward action.

Both the gameplay style and the visual appeal are definitely on point with this game.

Something we really like is how well put together this title is. Every single bit of the graphics have obviously taken quite a bit of care of with the amount of detail. Additionally, you see this both with the background and the symbols on the actual reels. It all also fits the holiday concept really well, and a lot of it looks like something that could be on an expensive holiday card.

The game is set up to feel cozy as you sit by the fire looking at the tree, decorations and presents. However, the gameplay experience is tremendous as well. You’ll have a lot of action and excitement with the features and the way they’re offered up. That’s on top of being able to get thousands of ways to win in the regular game mode. Overall, it’s a really fun time waiting to be had.

The Megaways format is pretty popular, so many players may have seen it before. However, since there are variations within this style of game, it’s still important to know what’s going on before you get started. In the following, we’ll break down how the game works overall to keep you informed before you play.

The volatility of this title is in the medium range as a whole. While the higher hit-rate would suggest a lower volatility, the features pack so much value that the volatility is brought up a bit. This creates a great play style that will appeal to virtually all types of players.

Additionally, each win we talk about in the following is based on total bet size. For example, if you’re wagering €3 per turn and win a 50x payout, that’s worth €150.

A number of features can be had in the Merry Christmas Megaways online slot. Some of them hit really often, and some of them do not hit so frequently. However, the action is fast-paced the entire time regardless. Here we’ll show you what these features are, how they work and what you can expect in your sessions.

To start things off, we need to look at the cascade feature. This is a critical feature that will almost certainly be what you run into first. When you get any win at all, this feature will trigger.

The idea is straightforward and easy to understand. Winning symbols are paid out as soon as the combinations are created. However, once they pay, they pop to allow new symbols to fall down into the empty spaces. The six regular reels will have symbols fall in vertically, but the horizontal reel across the top will have them fill in horizontally. It doesn’t matter overall, but it can be confusing visually if you don’t expect it to happen.

These cascades can happen over and over if you get additional wins. However, once you have a set of symbols with no new wins, the cascades are over.

The decorative lights are how you can tell you have the wild symbol. Of course, the giant red letters spelling out “WILD” are probably a clue as well. In the Merry Christmas Megaways video slot, these wilds fit the theme perfectly with their candy cane framing around the sides of the symbols.

You need to know two main things about these wilds. First, they only show up on the horizontal four-spot reel at the top of the game board. This means they can’t give you wild-only winning combinations. Additionally, you need to know that they do not substitute for the scattered bonus symbol.

On any given spin, you can randomly trigger the Reel Modifier feature. You don’t have to hit any particular symbols to start this feature. Instead, it just happens randomly no matter what’s happening.

The roll of gift paper will appear on random positions on the game board. They act as mystery symbols as well. This means that when they all turn over, they will convert all of those symbols into a matching symbol. However, the symbol chosen for this is picked at random from all of the regular paying symbols. That means no wilds and no bonus symbols.

This feature obviously gives you better chances to hit several wins with the chosen symbol. However, you should also know that if the wrapping paper covers a bonus symbol, it will still count even if it’s converted to another symbol for the purpose of the feature.

The sack of presents is the bonus scatter in this game. They do not give payouts for getting these symbols. However, four or more anywhere in any position on the board trigger free spins.

You’re given 12 free spins to begin with. However, two additional free spins are given for each additional scatter when initially triggering the feature. The maximum number of scatters you can have in a single feature is 80.

During the free spins mode, the cascade feature is given an added bonus. Each time you get a cascade, the multiplier for wins is increased by one. However, you have no limit on the size of multiplier you can get with these cascades. At the beginning of the next free spin, the multiplier resets to one.

Three scatters will add five free spins to your total. Additionally, you can get 10 more free spins for landing four scatters during the feature.

How to Win at Merry Christmas Megaways

The main decision you need to make when you start playing is whether to play the Fortune Bet. This is a side bet that gives you a better chance of getting the free spins feature. However, it also requires you to increase the size of your bet by 50 percent, which does not affect the regular pay table.

There are pros and cons to this side bet. You get a slightly higher RTP percentage when you take it. However, it also increases the volatility a bit. Our advice is to lower your base bet a little (25 to 33 percent) from the amount you’d normally wager while also taking this side bet.

Santa is the best-paying regular symbol with a 50x win for six of a kind. You can also win with just two of a kind of him, which is unlike any other symbol that will require three. The sleigh pays out 7.5x for six, and you can earn 2x for six of the presents or bells.

The card rank symbols are placed on decorative balls for this game. Your wins start at 1.75x for six of the purple A or red K. Additionally, they go down to the 0.8x level for six of the orange 9.

What slot fans will absolutely enjoy about the Merry Christmas Megaways online slot is the additional value that the plethora of features add to your bottom line. The style of gameplay is overwhelmingly focused on action with a ton of opportunities to come out on top, and since this title gives a tremendous degree of quality while still having a lot of value individually, this video slot fits tremendously in Inspired Gaming’s holiday portfolio as a whole.

We also enjoy how the presentation gives you a more immersive type of gameplay as opposed to just being an afterthought. It’s also worth noting that the concept is put together in a particularly intelligent way in this slot, compared to it just being a non-critical part of the slot like what players see in the majority of titles.

What is the Return to Player (RTP) for Merry Christmas Megaways?