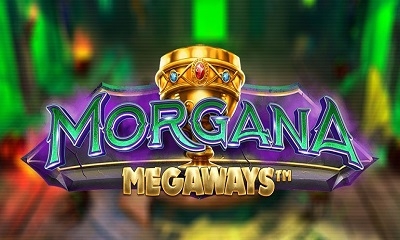 The Morgana Megaways online slot from iSoftBet is a part of their Twisted Tales series. This game brings thousands of ways to win alive with several bonus features and special symbol. The symbol collection feature in the free spins mode in particular is very unique and exciting.

An Introduction to Morgana Megaways

Players love online slots that use a theme or concept that isn’t used often, especially if it’s done well. That’s what iSoftBet has brought to the table with their Morgana Megaways video slot. As a part of their Twisted Tales series, it definitely lives up to the hype of games in that group.

Everything about this game is exceptional. This includes the look, the gameplay and the pay structure. Even the soundtrack is top-tier.

Visually, this game is up there with the best that the industry has ever produced. It’s obviously based around Morgana, the mother of King Arthur’s illegitimate son. She’s a witch with an axe to grind, so to speak, and she’s out to take down the king.

On the gameplay end, this title obviously uses the Megaways format, which is all about action. However, a great feature set has been added as well, and it includes some fairly unique elements. If you like a lot of action that’s all gas and no brakes, that’s exactly what you’ll find here.

The layout is a key part of how this game functions. The fact that it’s in the name of the game is a pretty big clue that it’s important. However, iSoftBet made it fit the theme and features really well also. That makes it a much more cohesive and immersive experience for players.

There are two other things to know. First, we’ll be discussing wins in this game based on the number of coins awarded. You can divide your total bet size by 20 to get the coin amount. Second, the volatility is in the medium-low range here. Many Megaways titles have a pretty low volatility, but it’s a bit higher here because the features add such a tremendous amount of value. The hit-rate is pretty high as well with lots of small and medium payouts that come frequently.

With the Morgana Megaways online slot, the feature set is pretty critical. iSoftBet did not sit back and rely on the action-oriented format and the great graphics to carry the game alone. In all honesty, they probably would have been fine if they did, but their focus on the features really put this title over the top.

The wild symbols show up in green. They appear on the second, third, fourth and fifth reels. Because of the Megaways format, it’s not really feasible for them to be on all six reels. That’s because having their own winning combinations doesn’t really work out well with so many ways to win. Additionally, they usually end up only being a part of other winning combinations anyway.

Here, they will substitute for every symbol in the game except for the bonus holy grail symbol. Along these lines, they help you to get a lot of extra wins, especially with this game’s format.

A glowing turquoise ball in a purple and blue frame is the mystery symbol. They can appear on any of the six reels, and they’re all about the mystery feature. At the end of each spin, every single one of them will turn into the same symbol. However, that symbol is randomly chosen, and it cannot turn into a bonus symbol or a wild.

This helps players by giving them more matching symbols on the game board. As a result, this leads to an increased hit-rate as well as larger wins when payouts do happen.

As a minor but valuable feature, you can trigger the Max Megaways feature on any random spin. This forces all reels to have seven symbols each. As a result, you’ll always have 117,649 ways to win on that spin, which is a ton. This can happen on any regular game mode spin.

The golden chalice that’s the holy grail is the scattered bonus symbol. They award free spins for three or more, but they do not have to be on consecutive reels. In fact, they don’t have to be on any particular reels at all.

The number of free spins you get are determined as follows:

During the free spins mode, you can collect symbols to add extra free spins, multipliers, instant wins and more.

As you can see, you can also have a minimum number of ways to win based on symbol collection. This is a feature of the Morgana Megaways video slot that we’ve never seen used anywhere else. We definitely give iSoftBet their props for this because it’s a very impressive idea.

How to Win at Morgana Megaways

Winning at this game is all about maximizing how well your bet size works with the game’s play style. This largely centers around the medium-low volatility. The right adjustment to make is to increase the size of your bet slightly from what it would be normally. Something like an increase of 25 to 50 percent is plenty here.

There are two reasons that this works so well. First, it boosts the value of all of those small and medium wins that you’ll get so frequently in this game. Additionally, you’ll be given a pretty reasonable amount of swings even with the increased bet size. This is because the volatility is on the lower end of average.

Morgana herself contributes a bit of volatility to the game because she has such high payouts. You can win 1,000x for six of a kind of her. The red eye gets you 100x for six, and six of the blue dragon pays 80x. The purple gem is the last of the mid-tier symbols and awards 60x for six of a kind.

The yellow A and red K symbols start the card rank section of the pay table. They each pay 40x for six. Six of the blue Q or green J will pay out 20x, and that only drops slightly to 16x for six of a kind winning combinations of the purple 10 or cyan 9 symbols.

The presentation of the Morgana Megaways online slot is excellent and boosts the entire play style. It’s also worth noting that in contrast with other online slots that use related magical concepts, this slot is different in a few areas instead of just being one in the same. It stands out in virtual every way possible.

On top of that, as a result of the serious attention from a whole lot of people, this game has an excellent position in this company’s offering of titles overall. The feature-focused gameplay of this video slot is centered around offering you a ton of excitement, and a variety of extra features can be found in this title, and that is a fact players can’t assume for plenty of the competition.