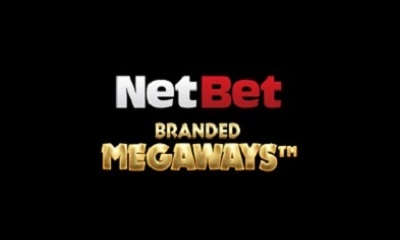 An Introduction to NetBet Branded Megaways

NetBet Casino is known for having an excellent reputation, so it’s fitting that they got their very own Megaways slot. With the NetBet Branded Megaways video slot, you can enjoy everything this brand has to offer within a strong, regal package.

We think casino branded games like this are really cool because they get to let the personality of the site itself shine through.

In terms of presentation, you’re getting a particularly high-class look. The lights in the red background look awesome, and everything on the reels has a sort of wealth-based edge to it. While this could sound like a bit of a boring theme, it’s handled in a way that makes it exciting. Additionally, the level of detail put into the small things from a graphical standpoint are nice to see as well. For example, all of the card rank symbols have a gorgeous shine and aesthetic to them.

Because of the nature of the theme of this game, the gameplay is where things will shine for many players. Since this is the case, the feature set is really important, and Iron Dog Studio kept it particularly intuitive. You’ll find no over-complicated game mechanics for the sake of being over-complicated here. However, you’ll also find plenty of depth with what they offer instead of a generic feature set. They achieved a great balance between these two extremes, and as a result, we really think it’s a style that will appeal to pretty much every type of player.

A version of the Megaways format is used here. However, not all Megaways-styled games are the same, so you need to keep in mind that this one has its own particular flavor. In the following, we’ll show you everything you need to know about that flavor before getting started.

The way the features are set up in this game offers a pretty reasonable hit-rate. However, the volatility is driven up a bit at the same time by how much value some of them offer. This strikes a bit of a balance to create a medium overall volatility in this slot.

Since your number of winning ways is always changing, Iron Dog Studio made the payouts listed as a multiple of the overall amount you’re wagering. That avoids the complications of having to convert your bet size to a certain number of coins, etc. We definitely prefer this approach since it’s more straightforward and easy to use.

In the following, we’ll be breaking down all of the individual features for the NetBet Branded Megaways online slot. While there are quite a few things going on, they’re not too difficult to learn. With that said, we definitely recommend you read over our explanations below. Otherwise, you can end up a little lost with how some aspects of this game work.

Two types of wilds can appear on the reels in this game. In either case, they’re both golden letters with diamonds in the middle. This fits the wealth-based theme perfectly, but it also makes it really easy to spot them in the game.

Both types of wilds will only show up on the second, third, fourth, fifth and sixth reels. Neither of them appear on the first reel, however. One consequence of this is that you aren’t able to get wild combination payouts. With that said, we don’t think it’s such a big deal because of the following.

While you can get regular wilds, the second type has a 2x multiplier attached to it. Again, these appear on all reels except for the first. However, they will double the value of any combination they are a part of.

Some people call this type of feature a cascade. Others, like Iron Dog Studio, seem to call them tumble features instead. In either case, the game mechanics are exactly the same no matter what you call it.

The idea here is that you get extra chances for payouts after hitting winning combinations. Your wins will be paid out normally at first. However, once they’re paid, they will disappear from the game board, leaving empty space. The symbols above them fall into that empty space, and then new symbols fall onto the reels to fill in the subsequent space until the entire game board is full again.

From there, you’re given another opportunity to line up wins. However, if you get them again, the process continues. No limit is placed on the number of cascades that you can get in a row like this.

You’ll notice during the tumbles (or cascades) that each one activates a golden star on the right-hand side. If you fill this meter, then you’ll activate the NetBet Branded Megaways video slot free spins feature. However, the total number of tumbles you get determines the number of free spins you’re given along the following lines:

If you get more than seven tumbles, you still only get 14 free spins in this game.

During this game mode, the reels that land with seven symbols showing lock to that size. This means that they will show seven symbols each free spin for the remainder of the feature. On average, you’ll end up with more ways to win than the regular game mode, which means better chances for payouts.

You’ll also have the multiplier for wins in the feature increase each time you lock a reel. However, if you lock a reel on your last free spin, one additional free turn will be granted so that you can take advantage of it.

On top of that, it’s possible to re-trigger this feature with four or more tumbles.

How to Win at NetBet Branded Megaways

As you can see from the above features, they offer some great chances to hit big wins. However, they’re also balanced and contribute to picking up more small and medium pays as well. With the resulting medium-level volatility, we don’t recommend any type of betting adjustment.

This is because things are balanced enough as they are. Any adjustment to try to make things even more balanced would defeat the point and actually lead to a less balanced gameplay experience. Along these lines, we really commend Iron Dog Studio for how they set up the feature set in a way that it would create a style of play that pretty much everyone can enjoy.

The blue diamond is the best-paying symbol you’ll find on the reels. Not only does it award a strong 500x win for six of a kind, but it’s also the only symbol in this slot that will give you a win for just two of a kind in a combination.

From there, players can earn 150x for six of the red heart or 100x for six of the green emerald. Gold and silver bars in two different symbols are set up to each pay 40x when you line up six of a kind as well.

Additionally, the blue A and red K start off the lower-end pays. You can get 20x for six of either of them. The green Q pays 15x for six, and for six of the golden J or silver 10, the payout is 12x.

It’s kind of crazy to see a branded casino slot have such excellent gameplay. They have a reputation for usually being filler content to a great extent and a bit of ego boost for the brand. For the NetBet Branded Megaways online slot, however, that’s not the case at all.

We like the graphical style because it fits the NetBet Casino theme so well. They didn’t just slap together something generic, and instead, they really went after the essence of what the site has to offer.

In terms of gameplay, you can see from all of the above features that they offer something serious. The balance of having lots of smaller wins while still maintaining opportunities for bigger payouts is a great part of how the entire package is tied together.

What is the Return to Player (RTP) for NetBet Branded Megaways?