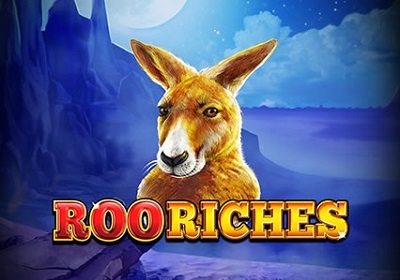 The Roo Riches video slot by iSoftBet brings together a fun Australian outback theme with a classic style of play to give you a very serious amount of value that comes straight from the pay table without having it hidden behind features that rarely hit. However, there are still some fun features in this game, and that includes a completely separate game mode.

An Introduction to Roo Riches

As time as pushed forward in the industry, we have seen a number of different styles of play become popular only to fade away in the video slot industry. The Roo Riches online slot is a game by iSoftBet that pays homage to the older styles of video slots, specifically in terms of gameplay.

While this title may play like an older game, the fact of the matter is that the graphics are as modern as they get.

The visual appeal of this game comes from its central focus on an Australian outback theme, and you’ll also have a gorgeous background behind the reels to help set the mood.

On the gameplay side of things, this game is dominated by the generous pay table but still offers players some good features that add value to that as well.

The format for this game is pretty typical of an older style, and we’ll show you what you can expect in the following:

The volatility of this game is in the medium range. The idea here is that the pay table actually holds most of the value while the features are just icing on the cake, so to speak. This leads to a higher hit-rate than you’d expect from a title with a medium volatility, however, and you still retain the ability to gain some pretty tremendous top payouts in the process.

As we’ve mentioned, the gameplay for the Roo Riches online slot centers heavily around the value that you get from the main pay table. However, there are also a few others features that add some variety and excitement to the game as well.

Players can enjoy the Lightning Bet feature anytime they want by using what appears to be a sixth reel (but isn’t really) on the right-hand side of the game board.

The way this works is that you’ll play for 200 coins per spin, and each of the 15 spots will spin independently to give you a chance to pick up a coin symbol with different number. Spots that get a coin will be covered with a lightning symbol as well.

The coins that land on the game board have numbers that represent your payout for that spin. If you get all 15 spots with a lightning symbol, you get a re-spin feature that gives you a free chance to take down some wins.

This is a very simplistic feature that can be a good alternative to the regular game if you want something a bit different, but it’s essentially it’s own self-contained game off to the side.

The mesa symbol with the sun behind it is the scattered bonus symbol. You can win free spins for three or more of this symbol on the game board located anywhere.

Here are the numbers for the free spins you can win:

During the free spins mode, you will only have coin symbols in place, much like the Lightning Bet feature. However, there is no special feature involving covering all 15 spots. Instead, you will simply get the total payouts for the coins that land on the game board, and they will all be added up to determine your total win for the feature.

We think this is a neat differentiation compared to other free spins modes from other games, and it’s a part of the older style of play that the Roo Riches video slot takes so seriously.

The cash chip feature can activate at random on any spin. Once again, this gives you a chance for golden sun-looking coins to randomly fall into any of the 15 spots on the reels.

You’ll add up the numbers that appear on these symbols to determine your total payout for the randomly generated feature.

Something you will notice about the Roo Riches online slot is that the features are all similar with small differences. This is because it’s a throwback to an older style of video slot feature that was popular for over a decade. This also goes along with the theme of the game pretty well because a lot of them had similar animal or location themes.

How to Win at Roo Riches

There are two pieces of information that you need to take into account when choosing your bet sizing strategy. The first is that this game has a medium overall volatility, and the second is that the hit-rate is closer to what you would see from a lower volatility game with a good number of small and medium wins.

Our recommendation is to stick with the bet size that you’re used to, but if you want to deviate a bit, you should do it by increasing your bet size by up to 50 percent. Any more than that will subject you to some very noticeable swings that may not be what you’re looking for.

The pay table here uses two sets of symbols with an upper tier and lower tier, and each tier has four symbols each.

In the upper tier, we start with the kangaroo, which isn’t surprising considering the entire theme of the game is based around them. You’ll pick up a whooping 2,000x win for five of a kind on a payline with this symbol, and it’s worth noting that it’s the only symbol that pays for two of a kind as well.

Five of a kind combinations of any of the four lower-tier symbols will give you the same win of 100x. This includes the purple A, the orange K, the yellow Q and the blue J symbols.

We like what iSoftBet has brought to the table with the Roo Riches online slot. Something we admire about this game is that they stuck to the older style of theme without using an older style of graphics, which means that this is a slot that looks great while still providing the retro style concept and gameplay that many players will enjoy.

Overall, if you’re the type of player who likes more of a higher hit-rate in exchange for features that might not be the focus of the show, then this is a title to try out.