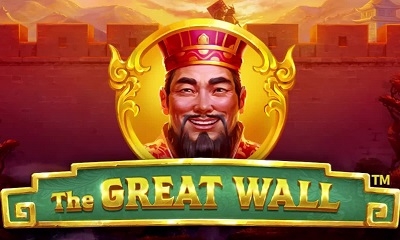 The Great Wall online slot by iSoftBet provides players with a gameplay experience based on great things happening up on the Great Wall of China. You can win instant payouts at random thanks to this motif, and there’s also a free spins mode with a chance to double all of your winnings from the entire feature with a single symbol.

An Introduction to The Great Wall

People all over the world know the Great Wall of China as one of the Wonders of the World, and iSoftBet put together their The Great Wall video slot by taking that motif into mind and figuring out a feature set and gameplay style that would make sense given that concept.

What they came up with is tremendous, and it offers a style of play that we haven’t ever seen before.

We’ll get into how the features and gameplay work down below, but if you look purely at the visual appeal of this title, it’s excellent. The background graphics with the wall and soldiers moving around regularly looks super solid, and the way they have made the wall’s aesthetics blend in cohesively with the theme and features is nothing short of impressive.

The layout for this game is pretty usual, and they’ve fit this format in a way that makes the features feel really intuitive when it’s actually something pretty new. Here’s what to expect:

Due to the way the features and pay table come together, the overall volatility for this slot is in the low to medium range. That gives players a lot of flexibility in how they decide to strategize in terms of choosing bet sizes and so on to handle the volatility and minor amount of swings that they will see.

We also want to point out that wins are multiples of the coin value and not of the total size of the overall wager.

Most of what this game has going on centers around how they made the wall fit into the background and the reels at the same time. The Great Wall online slot is a great example of a cohesive style of play where everything about the title comes together in a way that makes sense.

You win these prizes by getting the golden emperor symbol on any of the reels.

The emperor symbol will give you the prize located directly above him, listed as a multiple of your wager. For example, a 15x win with this feature is worth 300 coins, which is a pretty sizable payout, and all you need is a single symbol anywhere on the reel to get it.

You can win up to 1,000x with this feature, and it can also trigger free spins.

The wilds are gorgeous in this game. They have an ornate, green background with golden trim, emeralds above and below the center of the symbol and the word “WILD” spelled out in gorgeous gold letters. They give the following payouts:

These symbols show up on each reel, and the only thing that they will not substitute for is the emperor. We can understand why that is considering how generous iSoftBet as in The Great Wall video slot with the emperor symbol granting wins from the wall feature no matter where he appears.

If you get the emperor symbol under a banner showing free spins, then you’ll be given a shot at the bonus round. During this feature, prizes from the banners are all doubled up to a maximum of 2,000 times your overall bet.

There are also two additional symbols that an appear on the banners for the wall feature. The first is a “+2 spins” feature, which adds to more free spins to your total. The second is a “Double Win” feature that will double your payouts from the free spins feature that you have accumulated so far in the bonus round.

This is a neat way of tying all of the features together with the format and game concept to create an overall experience that’s very smooth and connected.

How to Win at The Great Wall

We mentioned earlier that the volatility for this game is in the low to medium range. That would generally indicate that you can increase your bet size slightly to take advantage of the fact that the swings would be so reasonable, and that’s definitely a solid adjustment to make.

Another option would be to get in more spins during your session instead. This will help to maximize your chances of getting value from the free spins and the banner payouts with the wall feature, and it can be achieved between the autoplay feature and playing in a “turbo style” by pressing the space bar repeatedly.

Payout Structure for The Great Wall

Four symbols make up the top tier of wins. The first is the woman on the purple background with gold trim, and she gives you 500x for five on a payline with the same pays available as the wilds. Five of the three men on a blue background earns players 250x instead.

Mid-range wins of 125x and 100x are there for five of a kind combinations of the golden chest or the golden coins, respectively.

At the lower end of the pay table, we have the red A and yellow K that pay players 70x or 60x, respectively. The purple Q can also get you 50x, and you’ll pick up 40x for five of the blue J symbols on a given line. All four of these symbols are decorated in a subtle way that fits the overall theme without coming across as being “try hard” or pandering to the concept of the game.

iSoftBet has a serious reputation for how they handle the gameplay in their slots. The Great Wall online slot is a perfect example of the gameplay values being made directly relevant to the theme of the game. It even ties into the visual presentation of the wall here, and that makes the experience very cohesive and intuitive for players.

That’s quite a feat considering that this is a new concept that hasn’t really been used before in a video slot, so for players to instantly become comfortable with it inside of just a few spins is quite the accomplishment. That just goes to show what happens when they’re really serious about making the overall experience cohesive and making sure that players have a good feel for what’s happening based on the game’s concept. This is quite a departure from the seemingly usual approach many providers have of just throwing together something generic and slapping a theme on it when creating new games.