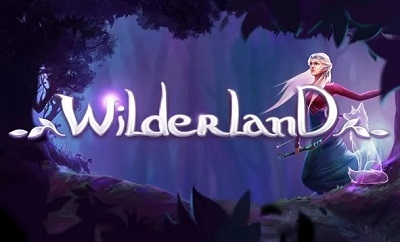 Net Entertainment’s Wilderland online slot brings players into a forest fantasy land where wilds rule the reels. As the name implies, this title’s gameplay is dominated by a number of different wild features that give you plenty of opportunities to get several winning combinations all at the same time from a generous pay table.

An Introduction to Wilderland

The first time you take a look at the Wilderland video slot, you’ll notice that this game looks about as good as you can have a slot look in the industry in general. Net Entertainment was serious when it came to the visual appeal of this title, but that’s not all they were serious about.

They made sure that the gameplay was tremendous in this game as well, and it all comes down to the central theme of the whole thing: wilds.

There’s no denying that NetEnt knows how to put together awesome games, but you really get to see them work their magic in this particular title. The forest fantasy land with its gorgeous symbol set and the immersive background makes the game come alive while you play.

On top of that, the gameplay is super exciting with a very reasonable volatility and a lot of features, which is the style that appeals to the most players a large majority of the time.

The format here is pretty important because of how the features work, but the basics are really straightforward. Here’s what to expect:

The volatility of this slot in the low-medium range, but it’s interesting how it gets there. The wild features drive a gameplay style that gives players opportunities for getting several small or medium wins at the same time and better chances for the larger wins, and that’s the crux of the situation.

This is interesting because the biggest wins you get are really just picking up several of the smaller wins on the same turn, which does not increase the volatility nearly as much as if there was simply a big jackpot instead.

As we’ve mentioned repeatedly, the Wilderland online slot is all about features centered around wilds. We’ll break down how all of these features work and what it is about the game’s format that’s so central to how these features are activated.

There are several styles of wilds in this game, but they all have the same base payouts. These wins are as follows:

Because the wilds show up on all five reels, they’re much more likely to help you to pick up winning combinations than if they only showed up on a few of those reels. Moreover, these payouts for wild-only combinations are up there with the best available in the entire game.

When you start playing the Wilderland video slot, you’ll see the game notify you of what they call the “activation zone,” which is the center row that runs from left to right across the middle of the screen.

If you pick up two adjacent wilds in this activation zone, then you will activate the Forest Treasure Feature.

This feature activates to give players a Walking Wild symbol feature from four different options. In any case, the idea is that you get a cluster of wilds (including additional wilds added to the reels just for that purpose on top of the wilds that were used to activate the feature in the first place) that move one spot to the left after each individual spin.

You get a lot of extra opportunities to win based around how this feature works, and depending on how they land on the reels, you can actually get guaranteed winning combinations no matter which symbols appear in certain positions.

There are a few types of wilds that can appear for the feature, and this is a brief summary of those:

With the last of these possibilities in particular, players will normally not have wilds count for scatters. The only exception is the green and white S symbol as noted above.

Once a full stack of walking wilds hits the left-hand side of the game board and is about to remove itself from the entire grid, there is a chance that it will magically teleport to the fifth reel to start the process over again.

This will not happen always, but it will happen a decent amount of the time, and that means even more free opportunities to get paid. Moreover, in the free spins mode shown below, this can happen no matter how many wilds hit the first reel (ie: it doesn’t have to be a full reel).

Get three or more of the green S scatter, including the scattered wild, to activate a free spins mode. In this mode, the “activation zone” becomes the entire game board, so you can activate the above features by getting two adjacent wilds anywhere on the screen.

On top of that, you’ll start the free spins mode with at least one walking wild positioned on the middle of the fifth reel. Four scatters gives you two walking wilds to start with, and five scatters gives you three. Since you’re guaranteed these wild symbols when the feature begins, you’ll get more value from this feature than you would from the regular spins.

How to Win at Wilderland

You really want to get the most value you can from that, and with the lower volatility that this game offers, we suggest ramping your bet size up a little bit to maybe 150 percent of its usual size. The swings will be okay because of the low volatility, but your winnings from the features will be that much higher.

The thing we really enjoy about the Wilderland online slot is that it gives players multiple sources of value using wild symbols in different styles and configurations, which is a play style that we don’t normally see. It’s simple but extremely effective, and that approach makes it really easy to jump in and play without having to learn about a title that’s too far outside of the box.