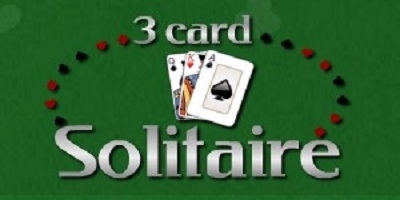 3 Card Solitaire by Ash Gaming is the most popular solitaire-style casino game running online. It offers the ability to play Klondike solitaire in an environment where your best play is rewarded. Each card you get to the main piles counts toward your winnings, so heavy strategy is involved.

An Introduction to 3 Card Solitaire

Pretty much anyone who grew up around a deck of cards learned how to play Klondike solitaire. In fact, most people probably only know it as “solitaire.” Some variations on the rules for the game exist, but it’s the basis of Ash Gaming’s 3 Card Solitaire casino game.

If you know how to play solitaire normally, then you’ll have no problem jumping right into this title.

Because it’s not as popular as many other card-based table games, the scoring system may be a little new. However, it’s a really easy game to get started with. That’s especially the case if you know how to play “solitaire” as is normally offered for free on many computers.

While it’s an easy game to jump into, it’s also a heavily strategic game. The strategy involved becomes more important to players when money is on the line. However, the scoring system is really easy to learn and get started with, so you don’t have to worry about being lost as it what it is you’re trying to achieve.

Down below, we’ll get into the scoring system and how the betting and wins are determined. However, we’re first going to look at how the gameplay itself works and how to move cards around. If you’re familiar with Klondike solitaire, we still recommend you read the following. This is because the specific variations on the rules used here aren’t necessarily what you’re used to.

The Game Board and Card Moving Rules

A 52-card deck is used with no jokers or wild cards. To start the game, some of those cards are dealt to three play areas. These play areas are called the draw pile (top-left), the four foundations (top-right) and the tableau (across the bottom). The objective is to get as many cards to the foundations as possible. However, certain rules exist for how you can move cards around. These rules are directly tied to these three parts of the board.

You get to go through the entire drawing deck three times before the game doesn’t allow you to turn the discard pile over again. Also, the top of the screen holds a record of which cards are in the draw pile. This makes it easier to build strategies for your session and which cards you’ll play in which order.

Betting in this game is based on paying a fixed price per game that you play. There is no fee for draws, moving cards or any other specific in-game actions.

The minimum amount that you can wager is €1.04 per game, and that’s based on a €0.02 card cost. This goes all the way up to a card cost of €10 apiece. As a result, you can wager up to a high roller level of €520 per game here. However, a lot of different values in between are available as well.

Scoring in this game is pretty straightforward, and it’s based on the number of cards that make it to the foundation piles. Each card in a foundation pile is worth three times the amount that you initially wagered per card. For example, if you started playing for €0.02 per card with a €1.04 cost per game, each foundation card would be worth €0.06 apiece.

This means that you’ll need to get at least 18 cards into the foundation piles to turn a profit. However, most of your plays will have you get at least some cards into those piles. As a result, it’s pretty rare to take the full amount of your wager size as a loss in any given game. While it can happen, it doesn’t happen very often.

How to Win at 3 Card Solitaire

General strategies for Klondike solitaire, especially with three-card draws, are applicable here. The following points cover the majority of what you need to know:

In short, a lot of this game involves skill, but there are some luck elements as well. Keeping up with all of it is fairly straightforward because of how much information is shown to you on the game board. However, many players find it useful to have a piece of paper or notebook off to the side to take notes.

Ash Gaming’s 3 Card Solitaire casino game beats out most other similar titles, especially in the online space. While there are some variations on the rules that you can see from other providers, they’re all mostly just trying to chase what Ash Gaming has done here. Overall, if you’re looking to wager on playing a solitaire game, this title will be your bread and butter.

Which online casinos have 3 Card Solitaire?