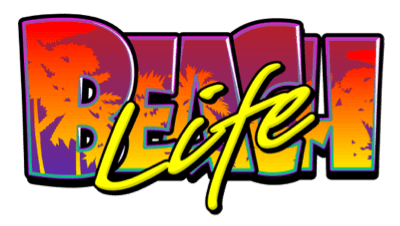 The most popular progressive title by Playtech is Beach Life, a game that has paid out millions to players from all over the world. With a 100,000x top static win and a special Sunken Treasure bonus game, this is a title that offers several ways to cash in for some major, life-changing payouts. You can also compare online casinos with the Beach Life slot and learn how to win the jackpot in this review.

An Introduction to Beach Life

The Beach Life progressive video slot produced by Playtech is one of the most popular online slots of all time by far. It’s known for having a progressive that pays out millions of dollars and for making several players big winners over more than a decade.

There aren’t a lot of slots that have the history of Beach Life, and the fact that its popularity has held up for more than a decade speaks to how this title really resonates with players.

Something players will notice right away is that it has somewhat of a dated aesthetic. Games from the mid-late 2000s will mostly have this kind of look to them because they have been around for so long, but very few have maintained the level of popularity of this one. The look and feel of the game is fine, however, and holds up reasonably well compared to modern titles.

With that said, it’s really the payouts and top jackpots that players will be the most interested in, so the somewhat dated graphics aren’t such a big deal in the grand scheme of things.

Understanding your betting options and how the game is set up is a key to getting the most out of your Beach Life video slot experience. Here are the basic things you need to know along these lines:

There aren’t many popular games with a fixed bet size at €10 per spin, which is at a level that most players would consider pretty expensive. However, that has not stopped players from putting down a handful of spins on this game at a time in hopes of breaking into a life-changing payout, which is the primary way it’s played by most players most of the time.

Outside of that, this title is usually played primarily by high rollers or at least players with a bit of cash.

This game is set up to have a very, very high level of volatility. You’ll notice that all of the features play into this with virtually every part of the Beach Life online slot adding a lot of volatility with chances for large payouts but not a lot of opportunities for small and medium wins to balance things out.

The sun symbol appears on all five reels as the wild symbol. It’s a very valuable symbol to see show up because it helps to complete winning combinations that do not include the scatter or bonus symbols (see below).

The payouts for this wild symbol are as follows with one exception we’ll note below:

You’ll notice that the top win is always going to be worth €50,000 on paylines 1-19. If you get the wilds to fill the 20th payline, however, you’ll get a different prize, which we’ll elaborate on below when discussing the progressive jackpot.

There’s a fun sand castle symbol with red, green and blue flags on it with the sun in the background. This symbol does make an appearance on all reels, but it’s also the scatter and pays out for two of a kind or more.

The key things to note here is that these symbols don’t activate any bonus rounds on their own, and their wins are multiplied by your total wager instead of by line bets. This means that the 500x win for five of a kind is the same size as what a 10,000x line bet jackpot would be, which is obviously a tremendous prize.

These scatter wins are added to whatever line bet wins you pick up on the reels. Keep in mind that the wilds do not substitute for these scatters either.

The main bonus feature in this game is not a free spins mode, which will seem strange to players who aren’t familiar with an older style of games. The treasure chest is the bonus symbol in this game, and that’s made pretty clear by the “BONUS” lettering under the chest on the actual symbol.

The idea here is that you can win a shot at the bonus feature by getting three or more of this symbol located on the game board. However, it’s not a “true” scatter since the symbols have to land on left to right consecutive reels to trigger the feature.

This does not mean they have to land on a payline, however. Instead, they only have to land somewhere on the reels starting from the left and going to the right.

In the feature itself, you get to pick from a variety of treasure chests to determine a set of random payouts. The more chests you use to activate this feature, the more picks you get and the better your average payouts will be with this bonus round.

The progressive jackpot value for this game is always listed at the top of the game board on the right-hand side. The minimum payout is always €50,000 for this jackpot, but it actually averages paying out more than €2 million each time it’s been won with a maximum win worth well over €5 million as its own record.

To trigger this progressive jackpot and win a life-changing sum of money, you’ll need to line up five of the wild symbols on the 20th payline.

This is about as simple as it can get when it comes to how progressive jackpots can be triggered, and we can’t really imagine it being much easier unless it was just awarded at random no matter what came up on the reels.

It’s worth noting that the jackpot can only be won if all 20 paylines are activated, and that’s built into the fact that you need a winning combination on the 20th payline in order to win the top Beach Life slot prize.

How to Win at Beach Life

The best strategy for this game is very straightforward: You have to bet on all 20 paylines to have the best average payout, or return to player percentage (RTP), over time.

Another strategy that works in tandem with the above involves tracking the jackpot over time and only playing when it gets up above the average of about €2 million. This means you’ll only be playing when the jackpot is higher than average, which increases your effective RTP percentage compared to just playing the game at random.

With that having been said, not all players will be comfortable with the relatively high minimum bet size that this game uses. If that’s the case for you, then some of Playtech’s other progressives that we have reviewed may be a better fit.

All of the major payouts for this game are found in the progressive jackpot, the wild symbols and the scatter symbols. However, there are some mid-level and low-level symbols that give some payouts as well.

On the lower end of things are five food symbols. They are all various forms of ice cream, and they pay from 150x down to 50x for five of a kind wins. Each of these require at least three of a kind for a payout.

We are fans of this game, but we realize that not everyone likes the same things in their slots. To this end, we want to give you a balanced look at the pros and cons of this title, and we’ll start with the pros:

Now for some of the negatives:

These are some substantial points that may make Beach Life the wrong game for some players. If that’s the case for you, check out our reviews of our other favorite progressive slot titles to see more of what’s available.

The thing about Beach Life is that it’s been around for a long time while still maintaining its popularity. Playtech obviously did a great job with this game, and there’s no doubt that it will continue to be popular in the future.

If you’re looking for several ways to have chances to get paid in a huge way, then this is definitely a title to check out.

Which online casinos have Beach Life?