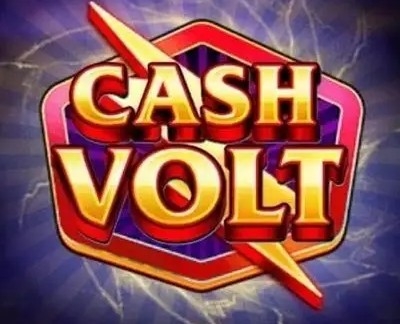 The Cash Volt video slot by Red Tiger Gaming gives players a throwback feel that’s much like a fruit machine of an era past. However, the gameplay itself is much more like a traditional game in the slot genre, and that includes the extensive usage of a value-oriented scatter symbol.

An Introduction to Cash Volt

We’ve seen plenty of different kinds of slots over the years, and there are plenty of ways to categorize them into genres and sub-genres. While some players might argue about which groups are the most prudent to use, no one will argue that the divide between classic and video slots is useless.

Despite this, Red Tiger Gaming has definitely merged or blurred the lines between these two sub-genres with their Cash Volt online slot.

The thing that we really like about this game’s appearance is that it sounds and feels like a game show. It doesn’t even have music that sounds typical of slots in general, and that makes it stand out right away. The soundtrack has you feeling like you’re about to win something big at any moment, which keeps players excited and engaged with the gameplay.

Speaking of gameplay, this title is based completely around hitting a whole lot of winning combinations. The hit-rate for this slot is particularly high, and the largest pays in the game come from the one special feature that hits fairly often, so you always have real chances of taking down a sizable win on any given turn.

When you talk about blurring the lines between what is a classic and what is a video-style slot, the format becomes of particular importance. In what follows, we’ll break down exactly what to expect from the layout and betting options for this game so that there is no confusion whatsoever.

Something worth mentioning here is that the volatility is pretty low, but it’s not the lowest out there like some may expect from the way the pay schedule is set up. The reason for this is that the one bonus feature that this title has really does hold up a lot of value, and that pulls the volatility up off of the absolute bottom, so to speak.

Note also that all wins we describe here will be multiplied by the number of coins being used. It’s implied that you will have one coin wagered on each payline at all times, so divide your total bet size by a factor of 20 to see what your effective coin size is for your wins.

The gameplay of the Cash Volt video slot is set up so that most of your value comes from the regular pay table. This is something that’s really important as a part of Red Tiger Gaming’s overall portfolio because it’s a style of play that some players really prefer over everything else.

The Cash Volt symbol, which is obviously what the game is based around, is a very important symbol because it’s the only scatter in the game. It’s also responsible for several of the biggest payouts that this title has to offer.

Here are a few things you need to know about this symbol before you get started playing:

In short, the entire gameplay of this title revolves around these scatters in one way or another. The payouts are as follows, listed as multiples of the total bet size (not coin-based wins like everything else).

What you’ll notice is that these payouts are pretty evenly distributed in spite of the fact that the upper-end pays are far above and beyond what’s available from anything else that the game has to offer. This contributes to the overall balance of the game as a whole.

On any combination of three adjacent reels, you can land the full or partial Super Cash Volt symbol. This is a giant symbol that takes up three rows and three columns worth of spaces. When it lands on the reels, it adds a Cash Volt scatter to your total for each space it takes up.

This can take up to nine spaces total, which is obviously a pretty big deal since it contributes a lot to the payouts listed above for scatter wins.

How to Win at Cash Volt

With the Cash Volt online slot, you’re dealing with a game that has a really interesting payout distribution approach. The regular pay table is pretty flat, but the scatters offer some really tremendous payouts.

Overall, the volatility as a whole is pretty low. The natural way to adjust to that is to increase your bet size by about 25 to 75 percent just depending on what you’re comfortable with. The reason this is so effective is that you’ll get bigger wins when you notable combinations, but the overall level of the swings will still be pretty low compared to what you’re used to thanks to the volatility being so low.

The regular payouts for this game are pretty flat and balanced, which is a good contrast to the large jackpot-sized wins that you can get with the scatter payouts. It starts with the lucky red seven, which can award you 300x for five of a kind combinations.

From there, the bell is worth 240x for five, and you can also win 180x for five of a kind of the horseshoe symbol. The purple star symbols are worth 120x as well.

The whole idea behind what Red Tiger Gaming has done with the Cash Volt online slot is that it combines video slot gameplay with classic slot-style pay tables and symbols. This combination works out really well here, and it provides an exciting amount of winning chances with a balanced pay table and good wins at the upper, mid-level and lower tiers.