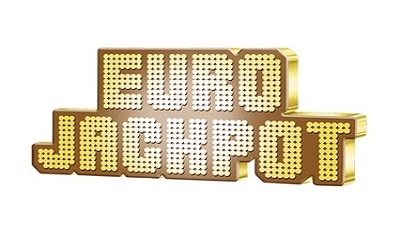 The EuroJackpot is a European lottery that offers a guaranteed eight-figure top payout. With a weekly drawing and a total of 12 different tiers of prizes, it’s easy to see why it’s so popular. While it doesn’t get jackpots quite as high as some other lotteries, it pays out more often to compensate.

An Introduction to EuroJackpot

Different lotteries have different purposes in the overall landscape of what’s available. Some lotteries pay out super often with smaller prizes. On the other hand, other lotteries pay out rarely with massive, record-breaking jackpots.

EuroJackpot falls in the middle of these extremes. It pays out fairly often with life-changing prizes, but it doesn’t break huge records either way.

This balanced approached has helped it to become one of the most popular lotteries in Europe. It’s available in a number of different countries, including Croatia, Denmark, Finland, Hungary, Italy, Lituania, Poland, Slovenia, Sweden, the Czech Republic, Estonia, Germany, Iceland, Latvia, the Netherlands, Norway, Slovakia and Spain.

With such a large availability to players, and with such a balanced style of play, many people enjoy it. In what follows, we’re going to break down everything you need to know about this game. This includes the record jackpots, the way the payouts work and everything else.

A Note on the History of EuroJackpot

This lottery has been around since the first quarter of 2012. The basic structure of the game has stayed mostly the same, but some changes have happened over time.

Because of these issues, some older material on these games will have outdated information. Keep this in mind if you’re looking at historical data on payouts for the EuroJackpot.

Structure of the Game

Each play of this game costs €2. Unlike many other lottery titles, there are no options to “upgrade” or change your ticket. You simply pay €2 per set of numbers that you’d like to go for.

The top jackpot for EuroJackpot is guaranteed to start at the €10 million level. It can roll over when there are no winners up to as much as €90 million. If it gets to the €90 million level, it will stay there until someone hits a winning set of numbers.

The drawing happens every Friday from Helsinki at 9 pm local time (21:00).

Most lotteries have a system where the lower payouts are based on static wins. EuroJackpot is a bit different in that different tiers of payouts are assigned percentages of the total prize fund. From there, all available wins at that tier are split evenly between the number of winners.

In what follows, we’ll break down an example set of payouts from a drawing when the jackpot was about €70 million as an example. However, we’ll also include the percentages of the prize fund as well. This list is based on tiers with tier 1 being the jackpot and the wins descending from there. These values are also rounded to the nearest euro.

The tier 1 payout, which is the jackpot, can get up to the €90 million level. It has been won at this level on six different occasions at the time of this writing. This happened once in 2015, 2016, 2018 and 2019 apiece. However, it also happened twice in 2020. On average, it’s been happening about once each year since the prize pool structure was revamped in 2014.

Along with that, it has seen six additional times that the jackpot has broken the €60 million level. Again, these have happened about once each year since the prize structure was reworked.

Prior to early 2013, there was a clause in the EuroJackpot for what happened if 12 consecutive draws gave no top jackpot winner. If this happened, then on the 13th draw, a special rule would be in place:

If no one won on the 13th draw, then the jackpot prize would drop down to the next highest winner.

Comparisons to Other Lotteries

One way that this lottery is different than others is that the prizes are all percentage based. This means that static payouts are not used, which is actually the standard for the industry. That adds some variation to the small and medium prizes that can be substantial for certain winners.

It’s also worth nothing that the top jackpot is a bit easier to win than the closest comparison, which is probably EuroMillions. The EuroJackpot’s odds of winning are about 95 million to 1, but it’s 117 million to 1 for the EuroMillions.

With the EuroJackpot, you also only get one drawing each week. While that helps the prize pool to increase faster between drawings, that also means that you only get one shot at winning each week. The EuroMillions, by comparison, has two drawings per week. A number of industry experts expect this number to change from one to two at some point to put it in line with other competitors. However, there’s been no indication of any official change on the horizon at this time.

The EuroJackpot lottery has an atypical system for determining payouts that can result in prizes being a bit different from drawing to drawing. The idea is to increase the size of even the smallest payouts, as a portion of the prize pool, the longer it goes without the jackpot being won. This results in a different rate in which the prizes increase over time, and it encourages more people to enjoy the lower-tier wins when the prize pool gets large. With that having been said, it still retains the ability to give you a life-changing win on any given play.

Which online casinos have EuroJackpot?