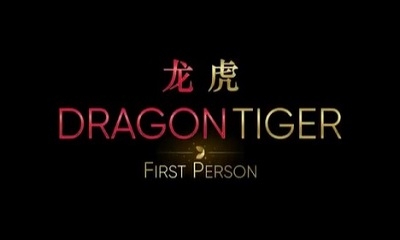 First Person Dragon Tiger is a straightforward experience that’s similar to Baccarat in a lot of ways. However, the scoring is simplified to make things less complicated with the dealing of the cards. This title has an excellent look and feel with a tremendous atmosphere.

The First Person Dragon Tiger tables from Evolution Gaming are of the latter type.

The first person visual style that’s used in this game is tremendous. While it’s not a live dealer game, it mostly plays out like one. It uses a more realistic style of animation instead of the traditional approach. Instead of being dry with simple 2-D effects, it has a 3-D effect that does not come across as gaudy. Instead, it comes across as having a very strong atmosphere that looks more like augmented reality.

While the graphics are advanced, the gameplay is made straightforward and easy. This is not a game for people who prefer complicated layers of in-depth strategy. Instead, it’s an easy-to-learn title that’s all about picking how you think the cards will be dealt. In essence, it’s gambling in a pure form without all of the excessive bells and whistles like what you get from some of the more complicated styles of Baccarat.

Before we jump into how this game works, we want to speak to the presentation. This is one of the first person games developed by Evolution Gaming. The idea behind this series was to bridge the gap between two styles of play. On the one hand, you have the traditional tables that are rather dry and boring. On the other hand, you have the live dealer games that can be a bit overwhelming for some.

Games like First Person Dragon Tiger are almost a blend of these two worlds. While they aren’t dealt by a physical human dealer, the games play as if they were. You also don’t have to deal with the hectic chat features that can really speed along. Overall, it’s a smooth middle ground between the two that will appeal to a whole lot of players.

We’re going to break this down into a few sections to make it as straightforward as we can. We’ll talk about how the gameplay procedure works, what the rules are and what you can expect for payouts. You’ll also see which bets to stick to and which you should avoid for the best payout rates.

The easiest way to explain the gameplay for First Person Dragon Tiger is to simply describe how a hand’s dealt. Here is the procedure you can expect:

Note also the aces are always considered “low” in this game as if they are ones. Kings are the highest-ranked card as a result.

The gameplay for this title can be pretty quick. That makes it a good choice for players who want to get in several betting rounds quickly. As a result, we can recommend this game for players who prefer shorter sessions.

There are essentially four available wagers in this game. Two of them have the same payout rate, and the other two do not. Here we’ll break down each wager and what you need to know about them.

As you can see, there’s not a tremendous amount of variety in the wagers placed here. However, that’s the appeal of the game. If you want something more complicated with betting rounds that take longer, there are plenty of other options for you instead. Instead, First Person Dragon Tiger by Evolution Gaming is about quick, simple, straightforward play.

How to Win at First Person Dragon Tiger

There’s not a ton of strategy to this game. However, there are two things we want to point out that you should keep in mind to have the best experience.

First, your main gameplay should center around trying to decide if the tiger or dragon will win. This is what your focus should be on, and the tie wagers should be used sparingly. That’s because they have a much higher house edge and a higher volatility.

Second, you should typically avoid placing two different wagers at the same time. It virtually guarantees that you’ll lose money on your play because of how the payout structure works. If you really want a game where you can place several bets at once, then check out different variations of roulette.

In the portfolio of titles that Evolution Gaming has brought to life, all types of players are covered. For those who prefer something more simple and less complicated, this game is a great pick. It’s all about trying to keep up with the trends and seeing if you can pick which side will win. That makes First Person Dragon Tiger a very fun and straightforward experience.