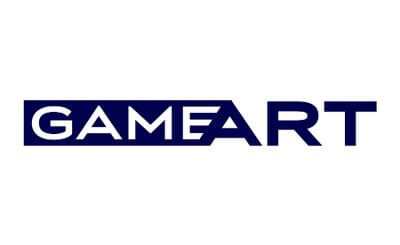 Every one of its games offers plenty of opportunities to win and reap bonuses, which provide an exhilarating and satisfying experience to players. GameArt also partners with other software developers to bring existing games into different platforms.

Why play at a GameArt casino?

GameArt is known for developing unique slot games that are iOS and Android compatible, allowing social and real-money gamers to play using their mobile phones or tablets anytime they want.

The company offers online casinos a versatile game management system with multi-platform, multilingual capability that guarantees optimum pleasure to the players. More and more casino operators are relying on the company’s ingenuity to create games for them, which makes GameArt casinos more widely available for players.

Committed to providing software products that meet the highest professional standards as well as pass the strict requirements set by independent testing firms, GameArt is a true visionary in the iGaming industry.

GameArt has around a hundred world-class HTML5 slot games in its portfolio. The company’s expert game developers release new games monthly to sustain the excitement on its multilingual casino platform.

Here are some examples of GameArt video slots games:

These games feature progressive and local jackpots, with Grand, Major, Minor and Mini jackpot levels. They are all configured in USD currency and can be won when the reserve pot is fully funded. Jackpots are available in 39 GameArt titles, which can be accessed in desktop and mobile devices.

Here are details of some of GameArt’s jackpot games:

These are some of the most popular slots games with players at GameArt casinos:

Since its conception in 2013, GameArt has carved a name for itself by providing cutting-edge solutions to various industries that need innovative software. In recent years, it has produced high-performing slot games as well as RNG casino-style games.

Its corporate office is in Malta, operating under the iGaming licence from the Malta Gaming Authority, while the other offices are located in the United Kingdom, Serbia and Slovenia.

GameArt’s outstanding work in the online gaming industry was recognised at the MiGea Malta iGaming Excellence Awards, which awarded them with 2018 Best Digital Company of the Year.

In February 2019, it finally received the much-sought after ISO 9001 certification that proves its commitment to producing compliant and entertaining slot games. It has also secured the Spanish Directorate General for the Regulation of Gambling (DGOJ) certification, which authorises offering games to the regulated Spanish market.

GameArt has forged strong alliances with Patagonia Entertainment, PariMatch, BetFlag, BGAME, SoftGamings, Slotty Vegas and Fortuna Entertainment Group. These are all trusted entertainment providers to casino players in their own jurisdiction. GameArt has also partnered with online casino brands that integrate the high-performing games into their platforms.

Where can I play at a GameArt casino?

GameArt’s slots titles are available on many well-known online casino sites. See the casino list for the best GameArt casinos.

What do players get from GameArt’s TurboArt Gaming Platform?

To provide casinos with immediate access to its wide library of games, GameArt launched the TurboArt customisable gaming platform. This lets casino operators track down the players’ activity, ensuring maximum retention and giving the best service. Knowing that social gaming is the trend of modern times, the TurboArt platform offers a chance for players in different parts of the world to join and play for money.

The company makes sure that all its games can be played on PC, mobile phones, Macs and tablets to optimise the gaming experience of players. Every title has its own free demo slot, so players can try out the gameplay before investing any money.

Does GameArt have reliable customer service and technical support?

GameArt has a 24/7 technical support team who speak English, Chinese, Spanish and Italian. This team guides clients through setup and integration. All concerns are given importance and complaints are resolved immediately by well-trained customer service staff.

What is the best GameArt casino?

Use the list of GameArt casinos to see and compare all online casinos with GameArt games.

Betzest And GameArt Team Up With New Partnership Deal
October 30, 2019