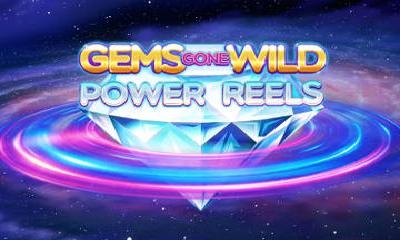 The Gems Gone Wild video slot by Red Tiger Gaming brings a completely different style of play than what most players will have ever seen. With a massive format and the ability to win no matter where symbols appear on the line, this fast-paced title will bring you a particularly high win frequency.

An Introduction to Gems Gone Wild

Red Tiger Gaming is known for producing a lot of games that use standard formats, but they’ve thrown all of that out the window for the Gems Gone Wild online slot for something fresh. You’ll be able to tell that something is definitely up when you first take a look at this game along similar lines.

This is because the format is enormous with tons of ways to win, and you can win in more ways than what you typically see with titles that use a payline-based layout.

Despite using what would otherwise be considered a fairly typical theme with gems, the presentation of the game is very strong. All of the symbols look great, and the soundtrack is super solid as well.

With that said, the focus is definitely on the gameplay and high hit-rate of this slot, which is perfect for players who like a high degree of action without having to wait around on wins.

The layout of this game is bigger than usual, which is obvious when you first look at it, but it can be a little tricky to see how it actually works at first. Here we’ll break down what you need to know to avoid any confusion:

This title has a pretty significant hit-rate, which comes largely due to the way the format is set up. That keeps the volatility pretty low, and that gives you a lot of flexibility when it comes to manipulating your bet sizes, which we’ll get into down below.

It’s important to realize that the majority of the gameplay for the Gems Gone Wild online slot centers around value coming from the regular pay table, but there are some special features that mix things up a bit.

There’s a golden polygon symbol that looks a lot like an asymmetrical sun shape, and it is the wild symbol in this title. This symbol has the best individual payouts in the game, and they are as follows:

These symbols are a key part of some of the features, but they also help you to get extra wins on their own. Each individual combination of matching cluster of wilds on the same payline adjacent to each other can pay by themselves and as a part of a combination of other symbols, so they give more value than you’d generally see otherwise from games with a more standard pay scheme.

On any given spin of the Gems Gone Wild video slot, you can trigger random wilds on the screen. When this happens, you have a chance to enter the Locked Wilds Feature.

This feature is based on what basically amounts to re-spins with sticky wild symbols.

Having wilds accumulate like this, especially with how this slot allows you to make winning combinations anywhere on the paylines, brings the potential for a whole lot of value at once while also making it easier to take down a number of small and medium wins as well.

The wilds are obviously an important part of the game mode between the Locked Wilds Feature and the payouts that they give you. They’re clearly a major source of value in the Gems Gone Wild online slot, which you can kind of tell from the name as well.

This is all why the Super Wilds Feature is so important. You can randomly get clusters of wilds on the screen that are 2×2 or 3×3 grids, which really add a lot of value to your spin by virtually always forcing at least some kind of win. The 3×3 grids can give their own winning combinations and help you to get four of a kind wins, while the 2×2 grids help you to get three of a kind payouts.

The Super Wilds Feature adds another layer of value on top of what the wilds also offer players in this slot.

How to Win at Gems Gone Wild

With this title, you’re dealing with what’s actually a pretty low-volatility experience. The hit-rate is pretty high because of the way the paylines award wins, and with so many ways to get wilds on the reels, that helps the hit-rate as well. The fairly balanced pay table combined with the high rate of small and medium wins gives you a low volatility with very tame swings.

The typical adjustment to this type of experience is to increase your bet size by 50 to 100 percent based on what will give you an available bet size. The idea here is that your wins will be bigger with the larger bet size, but the overall swings won’t be that severe comparatively because of how low the volatility level is.

All of the symbols in this game, the wilds included, require three of a kind or more for a winning combination. Keep in mind that these pays are in coin amounts.

This pay table starts off with a 2,250x win available for eight of a kind of the large orange gem. The large purple gem pays 1,560x for eight. There are two large rectangular gems in green and blue, and they pay 1,350x and 750x, respectively, for eight of a kind combinations.

With the Gems Gone Wild online slot, the premise is all about the larger grid of symbols and the idea that you can win with adjacent matching symbols anywhere on a payline and not just from the left to the right. This has a strong affect on the overall gameplay and puts players in a position to really get a lot out of what Red Tiger Gaming has put into the pay table and feature set.

The number of wild features combined with the strong payouts for combinations of wilds really drives home the name of the game as well.