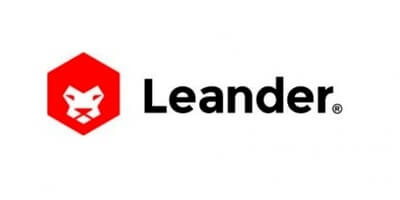 Leander Games is a privately held company that specialises in the development of creative casino games software since 2008. It was started in Buenos Aires, Argentina by a group of individuals who worked closely with game players to create innovative and artistic content. See their history below and find out how they successfully carved their name in the casino industry.

Their games have been integrated into more than 100 online Leander Games casinos worldwide and have a highly respectable software score of 760.  They have slowly but surely built a good reputation in the gambling world and still continues to expand. Their portfolio of over 44 games may be lean but they have nonetheless carved their mark in the industry especially in the Latin American market. Recently, their games have garnered a wider audience, thanks to the partnership they forged with the major gaming brands like Microgaming, GTS, and OpenBet.

The Argentinean game developer has a collective portfolio of just 44 games, most of which are video slot games. Despite their limited number of games, Leander Games has built a solid reputation for creating hybrid games that combine slots, roulette, and bingo. Their partnership with bigger game companies also helped in providing the much-needed audience.

Leander Games has been exclusively making slot games for most of their business life, so it’s fair to say that they are quite good at it. Their slot games are immersive and possess an interactive interface that players can easily use without any hassle. The slots offered by Leander Games are compatible on multiple platforms and can be launched through a browser, via a downloadable application, and through mobile as well.

The slot games released by Leander Games may be fewer than those released by the leaders in the casino games industry, but they are without a doubt not inferior. They have created innovative slots that are both engaging and enjoyable. Their “Reely” series stands out because of its fresh take on video slots by combining them with other games such as bingo, poker, and more. It is so unique that they have applied a patent for it.

Some of the notable titles under the Leander brand include Megadeth, Alibaba, Snake Slots, 7 Lucky Dwarfs, and many more.

Inspired by one of the most revered band in the thrash metal genre, Megadeth is reputed to be the best game that Leander ever produced. It is also considered as the most popular. Members Dave Mustaine, Shawn Drover, Dave Ellefson, and Chris Broderick represent the high-value symbols, while the musical instruments are the lower value symbols. The band’s mascot Vic Rattlehead is the wild symbol and has two distinct features. First is the free spins round and the second is the pick me bonus where players are made to choose prisoners, in the hope of finding the females ones.

For those who are familiar with the tales from the Arabian Nights particularly Alibaba and the Forty Thieves, this game would surely stir up your interest. This 5-reel, 20-line slots will take you back to the Persian times, with its belly dancers, princes, deserts, and palm trees. The unique feature of this video slot is its bonus features that give free spins and one that multiplies your wins. The Persian belly dancer is the wild symbol while the pot of jewellery and gold is the scatter. This enthralling game has a Return To Player (RTP) ratio of 96.59%.

While it more likely resembles a fruit slot because of the fruits like melons, strawberries, and bananas on the reel, maybe the developer tried to inject some humour in it by putting the snake’s favourite food on the reel. This 5-reel, 30 pay line slot has a 92.5% Return To Player ratio. Its distinct feature is the bonus game called Jungle Party bonus game, where you only need to choose the fruits that the snake would eat. Another is the Snake Lucky Line where a snake lucky line on the fifth reel will trigger the bonus where players can win as much as 100 times their bets.

Suitable for players with an affinity for fairy tales, 7 Lucky Dwarfs is a reworking of the famous classic Snow White. This 20 pay line, 5-reel slots is a popular Leander offering primarily because of its trio of bonuses. First is the Free Spin feature where players can win up to 7x times multiplier bonus, another is the Mirror, Mirror bonus, where symbols are reflected in order to increase the odds of winning, and lastly, they have the Cash trail, where lucky gamers can win up to 500 times their bets.

A modern twist of the all-time classic tale Three Little Pigs, this 5-reel, 25 line slot is teeming with a lot of promise. Well-presented in terms of quality visuals and animation, the graphics can be compared to an animated Pixar movie. The image of the three little pigs represent the wild symbol, while the policeman in moustache represents the scatter symbol. Get three of this scatter symbol and players can win the free spins feature.

Aside from their popular slots, Leander Games also has a respectable repertoire of other games. They have around 20 table games as well as Scratch cards for real money gaming. Aside from that, they are also active in creating numerous social games using the LeTa platform, where achievements and rewards help make optimal player retention as well as long time playability.

Leander Games started in 2008 in Buenos Aires. Ramiro Atucha, together with a group of writers, developers, animators and psychologists, founded the brand and started creating artistic and innovative slot games to the delight of iGaming enthusiasts. Despite its limited portfolio of just over 40 games, they have continued their steady growth by partnering with some of the major names in the iGaming industry.

In 2011, the Argentinian company partnered with Bejig, a social game developer, in order to incorporate all their slots in Bejig’s bingo Facebook app, Avatingo. Aside from that, Leander also developed its own gaming solution, the LeGa RGS. It is a remote gaming server that offers the latest platform design. They provide in-house as well as 3rd party games in LeGa that supports functionalities such as achievements and rewards, whether for real money or for social gaming purposes.

Leander Games offerings are being played by more than 130 casino operators all throughout the world. They also offer support to more than 26 languages and currencies. Their games strictly adhere to the highest standards. Today, they have a headquarters office in Buenos Aires, as well as a sales office in Europe and employs a total of 52 dedicated employees divided over their two main offices.

Despite its limited number of games, the Leander brand proved that quality is more important than quantity. Even with a limited number of titles under their name, they have won some awards in the eGaming industry, a clear proof that they have what it takes to clearly make a mark.

Ramiro Atucha, Founder and COO – He is responsible for building relations in the US and the United Kingdom and the brain behind the successful partnership with the biggest online companies.

Steven Matsell, CEO – He has worked in the online gaming industry since 2005 and his vast knowledge and experience in casino and game aggregation accelerated the growth of the company.

Marcelo Blanco, Founder and CTO – The person responsible for the creation, architecture, and integration of the LeGa RGS. He manages all content on the LeGa platform, in-house and third party.

Leander Games is under the trading name of Xterra Games Ltd. whose license is registered in the Bahamas. They have a sales office in the UK as well as in South America, specifically in Buenos Aires where it originally started. The license jurisdiction of Leander Games is in Algerney, UK Gaming Commission and many more. Their head office is located in Suite 205A, Saffrey Square, Bay Street Nassau, New Providence Bahamas. They have recently opened an office in Malta to continue its expansion.

If you wish to contact them through their e-mail address: info@leandergames.com.

You can also contact them through their social media accounts

What is Leander Games?

Leander Games is an independent company that has a mission to deliver games to the market that are innovative and thrilling to provide quicker and more enjoyable solutions to its patrons. The games under Leander Games are provided with balanced mathematics and top quality art.

Looking at the company’s social media channels like Facebook and Twitter may give people the impression that the company is not active at all because these sites are not updated. However, just this April 2019, they have announced that they are opening a new office in Malta for their new extension. Aside from this, the team is continuously partnering up with other clients and gaming companies to make sure their games get played and more players get to enjoy.

In order for them to serve most licensing body authorities, Leander Games are hosted in multiple locations. They are developed with the use of the latest technology making sure that all the games are flexible, scalable, and fast. This is made possible because of the multiple servers they have for the RGS or Remote Gaming Server. It is licensed by the UK Gaming Commission.

Where can I play Leander Games?

Thanks to its partnership with major gaming companies like Blueprint, RTG, iSoftBet, Authentic Gaming and many more, their games can now be played in most major casino sites all over the internet.

LeGa has a back office that lets operators validate, verify, audit, and monitor the gaming that will be done under the company in a set period of date. It has a mechanism that provides auditing and reporting to Leander Games casinos operators as well as game partners.

What kind of gaming can I expect at Leander Games?

LeGa offers games that use real money as well as those that are social games. These games have added functionality that supports rewards and achievements. Communication preferences are provided in order to allow Loyalty Scheme, Level Jackpots on the platform, Achievements, and Freebets.

By ensuring that every game released has gone through the most rigid testing process to provide players with the best experience and fairness, the games under LeGa have undergone numerous testings made by accredited third party auditors to ensure randomness and fairness.

Leander Games is available in more than 30 languages. Aside from that, their real money gaming also accept currencies from more than 30 countries.

In cases where a player experience difficulties with the game, it is best to contact the casino game site to report the matter. Leander Games usually perform better than most but just in case an issue occurs, please contact the online gaming casino first before proceeding to contact Leander Games.

What is the best Leander Games casino?

Ways of the Labyrinth