Lord of the Wilds Casinos and Review 2021 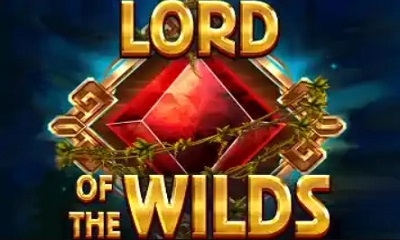 The Lord of the Wilds online slot is a Tarzan-themed game with lots of jungle action. Wild symbols take center stage with both the regular payouts and the feature set. Along those lines, there’s a ton of action with lots of ways to get paid in this 30-payline affair.

Casinos with Lord of the Wilds

An Introduction to Lord of the Wilds

With the Lord of the Wilds video slot, you get to see that Red Tiger Gaming is all about action. This title brings a little bit of a different feel than most slots. However, there’s a lot to look forward to with the Tarzan-themed excitement.

Tarzan is an important part of how you get paid in this game. He shows up in multiple ways to give you several ways to earn big payouts.

Along these lines, the characters and general theme of the game is more than just an afterthought. Instead, they are critical parts of the gameplay. That includes both the wins from the regular paytable and the feature set.

Visually, this is an excellent title as well. The background is a lush jungle theme, and even the suit symbols are well-done. They have gem-like appearances in various muted jungle colors with vines growing around them. Other characters besides Tarzan show up in this game as well, and that helps to round out the experience a bit.

The betting setup for this slot is slightly atypical. However, it’s not incredibly outside of the box by any stretch of the imagination. Here’s what to expect:

The wins that you have in this game are not based on payline payouts or line bet wins. Instead, you’ll simply win based on a multiple of the total amount you have wagered. Along these lines, that’s how we’ll be describing payouts for this title.

It’s also worth noting that the volatility for this game is in the medium range. The hit-rate is solid, but it’s not super high or super low. Instead, it’s in a pretty moderate place compared to other titles.

As the title of the Lord of the Wilds online slot implies, a lot of wilds are involved in this game. They dominate the feature set, though they aren’t all that’s available. With that said, they’re definitely what you’ll want to see on the game board as you’re playing.

There are actually two Tarzan symbols in this game. One of them is a wild symbol, and it’s pretty clear since it says “Wild” on it. These wilds help you to get wins that you wouldn’t have picked up otherwise. However, they also have the best regular payouts of any symbol along the following lines:

Again, remember that these payouts are multiples of your entire wager. Also note that these wilds substitute for everything except for the free spins symbols that we’re going to describe below.

The golden elephant symbol in the Lord of the Wilds video slot is the free spins scatter. This bonus symbol will give you free spins based on the number of scatters used.

Three of a kind reward you with 10 free spins. However, each scatter beyond that adds another five free spins to your total.

As you can see from the above, those combinations in particular pay out really well. That’s obviously a serious source of value in the free spins mode.

Jane was the female companion of Tarzan, and she makes an important appearance in this game. You can pick up a random feature when she appears and blows Tarzan a kiss. That will turn every one of the regular Tarzan symbols into wild Tarzans.

However, there’s more to the feature. Not only will they give you better chances to win on the given spin where this feature is triggered. They will also lock into place and remain sticky for the following spin. That means that you get these wilds on both spins instead of just one.

Tarzan is obviously an important symbol to have on the reels. The Tarzan’s Treasure feature gives you more chances to have him show up. The character himself will swing across the screen on a vine. Behind him, he’ll leave random Tarzan symbols on the game board.

This is a cool feature that just adds value, plain and simple.

How to Win at Lord of the Wilds

Because the game is set up to have a medium volatility, there’s not really a lot that you have to do here in terms of any type of special adjustments. You also don’t have any strategic options like different numbers of paylines or side bets. This means that getting the most out of your experience is really straightforward.

What you need to do is pick a bet size that’s around the average of what you’re comfortable with. Simply use that or whatever your typical betting strategy is. With this approach, you’ll be primed to have the best experience possible.

Payout Structure for Lord of the Wilds

We covered the wild version of Tarzan up above. However, the regular version has a good set of payouts as well. That includes a 180x win for five of a kind. Jane isn’t far behind since her feature isn’t the only way she adds value in this game. You can pick up 150x for five of this leading lady on a payline.

Three animal-based mid-tier symbols are on the reels as well. The panther gets you 120x for five of a kind. Likewise, the gorilla is worth 90x for five, and five of the toucan on a payline awards you 60x.

Finally, we have four decorative suit symbols. The golden spade, green heart, blue diamond and purple club have balanced payouts. These range from 45x to 18x for five of a kind combinations.

Due to the fact that the Lord of the Wilds onliens lot offers a high level of quality while still standing out as an individual game, it fits tremendously in this company’s selection of online slots as a whole. On top of that, the concept used as the basis for this online slot is a central foundation for the play style and fun.

In addition to that, we truly enjoy how the presentation gives slot fans a seriously immersive style of play contrasted to just being a formality. The style of play in this title brings a serious degree of fun, and the range of features includes a variety of different extra ways to take down a win outside of the regular pay schedule.

Lord of the Wilds Video