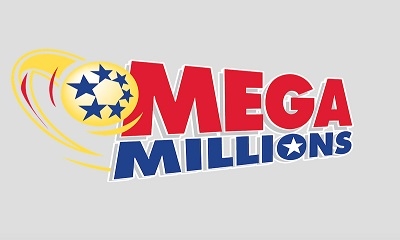 The Mega Millions lottery is played in the vast majority of the United States. It’s known for having its top jackpot previously pay in the 10-figure range and for being one of the most recognizable lottery games played in North America. It also has a lasting legacy in the global lottery market.

An Introduction to Mega Millions

In 45 of the 50 United States, you can play the Mega Millions lottery. Based on the simple premise of picking numbers from two sets, like most top lottery games, it is extremely popular and can be played at a variety of locations from shops to gas stations.

This game has previously paid out more than $1.5 billion (over €1.3 billion) as its top prize. As a result, it made international news as one of the largest prizes ever awarded in a game.

One of the things that makes the Mega Millions so popular is their advertising campaigns. It’s not unusual to see billboards along highways and signs in storefronts listing the value of the current jackpot. On top of that, you don’t even have to win the top prize to be made a millionaire.

In any event, this is one of the most popular lotteries ever held in North America. Of the 48 contiguous United States, this lottery is available in all of them except for Utah and Nevada. The latter of these is the location of Las Vegas, which is known to be very protective of gaming rights.

A Brief History of the Mega Millions Lottery

In 1996, a lottery called “The Big Game” was started. This would eventually be renamed to “The Big Game Mega Millions” before switching its name for a final time to simply “Mega Millions.” It started off being available in only six states. However, its popularity surged, and the game expanded accordingly.

One of the reasons it’s so readily available now is because of the “Mega Power Lottery” agreement. This was an agreement made in 2010 by Mega Millions and its primary competitor Powerball to cross-sell and co-promote. Before that, very few locations were able to sell both sets of tickets. This is because states either had an agreement with one lottery or the other. Subsequently, the only places that could sell both were rare locations placed directly on the border of two different states that hosted different lotteries, respectively.

Since that agreement, certain changes have happened to the payouts and structure of the Mega Millions lottery. However, the same basic game mechanics have been in play the entire time.

The gameplay of the Mega Millions lottery is really easy to learn, especially since the numbers can be chosen for you. However, because of how the different prizes break down, it can be useful to know all the available payouts. In the following, we’ll list out everything you need to know about how to play this game.

The Tickets and Drawing

Before we get into the rules, let’s list out the basics all players will want to know. Each individual play costs $2. However, to use the Megaplier option, an additional $1 is added on. It’s worth noting that the best value for the game is to play with the Megaplier side bet. Additionally, some states have an option called “Just the Jackpot” that’s $3 per ticket. As the name implies, the only payout you can win with it is the jackpot prize. However, you get two plays for one ticket in exchange for giving up chances for all lower payouts.

The drawing itself is performed in the state of Georgia at 11 pm EST twice weekly. You’ll get a drawing on Tuesday, but you’ll also get an additional drawing on Friday. It’s important to note that these drawings happen regardless of the day, so this includes all holidays.

Choosing Numbers for Your Tickets

Players will need to choose six total numbers for this game. The first five are the regular numbers, represented by white balls with numbers on them. You’ll be able to choose from 1 to 75 for these. Additionally, the “Mega Ball” is a separate choice for the sixth number. It comes from its own pool of numbers from 1 to 15. Along these lines, the Mega Ball can be the same number as one of the white balls.

It’s worth noting that most jurisdictions have an option to choose numbers for you. When this is offered, it randomly picks from the available pool.

The more numbers you match for the drawing, the better your payout, more or less. However, since all of the numbers are equally likely to be chosen, there is no basic advantage to choosing one set of numbers over another.

The Megaplier Side Bet

For an additional $1, you can play the Megaplier side bet. With this side bet, you get a multiplier on all of the non-jackpot wins. The multipliers range from 2x to 5x, and the chances of getting each multiplier are as follows:

While playing the Megaplier side bet does give you a slightly higher volatility on your bet overall, it’s a major lottery, so it already has a huge level of volatility. Additionally, it’s worth noting that the Megaplier is actually drawn in Texas instead of Georgia. This is because Texas was the first state to offer this side bet.

Like most major lottery games, the Mega Millions offers a wide range of different prizes. In what follows, we’ll give you a basic breakdown of the available payouts. Note that all of the non-jackpot payouts are listed as the base amounts. This means they can be multiplied from 2x to 5x if playing with the Megaplier side bet.

You’ll notice that certain combinations like 2+0 and 1+0 are not available. That’s because they actually have a lower chance of happening compared to 1+1 and 0+1, respectively. Players should also note that the prizes have changed over time every few years. This means they can be subject to change at some point, so make sure to check your tickets for details.

Like many large lotteries, the top jackpot can be paid in two ways. You can have it paid immediately in cash, or you can have it paid in an annuity. The annuity amount is typically the amount advertised on billboards and signs where the current jackpot value is displayed.

With the annuity option, the win is split across 30 total payments. Each individual payment is made one year apart, and a 5 percent increase is included to account for inflation. For example, a $100 million jackpot would lead to an initial payment of around $1.5 million with annual payments that would reach just over $6 million each at the end of the 30 years.

It’s unclear which of the two options is chosen the most often. This is because the information isn’t typically volunteered by winners to the public. Additionally, it’s not offered by Mega Millions either.

The annuity value of the Mega Millions jackpot has broken the 10-figure mark on two different occasions. The largest was for a winner from South Carolina in October 2018. It came to be worth about $1.5 billion. Subsequently, another big win happened in January 2021 to the tune of just over $1 billion. While these are among the largest lottery jackpots ever won, Mega Millions does not quite hold the world record for the biggest.

Several other wins have been worth more than half a billion dollars with this jackpot. This includes a $656 million winner split three ways in March 2012 as well as a $648 million payout split two ways in December 2013.

It’s not very hard to see why the Mega Millions lottery is so popular. The game is very accessible in terms of being easy to learn to play. However, it’s also available at tons of locations across the vast majority of the United States.

With a payout structure that awards a lot of sizable payout tiers, and with the huge news of any particularly large jackpots being all over the place in American media, the popularity is up there with the Powerball, its largest competition.

Which online casinos have Mega Millions?