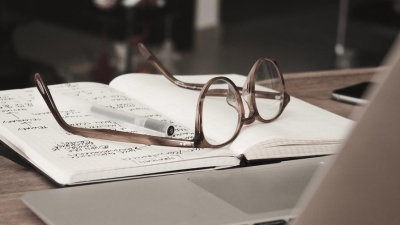 No matter how much experience you have, there are new games waiting for you to try. You may think that you’ve played all of the table games that there are to play. However, we have suggestions here that are off of the beaten path. Try these titles if you’re looking for something fresh and exciting.

Something we really like about the online casino industry is just how much depth it has. There are so many different games, genres and sub-genres. This means that you can look around to almost always find new titles you haven’t tried before.

Players often think about this in terms of online slots. However, we’re going to break down this idea and look at new non-slot titles instead.

Everything that follows from here will be looking at a handful of different games across various genres. There’s something different for everyone here no matter your preferences. However, what you won’t find here are any online slots. Dozens of new slot titles come out each month, and table games don’t get as many. That’s simply a matter of the format used, and that’s why we’re looking at non-slot games instead.

Ouroboros looks like a slot, and the gameplay feels like a classic three-reel title at first glance. However, it’s actually more like an RNG-based scratch card title or a random drawing game isntead. The reason for this is that the prizes are based on promotions and other goodies instead of wagering money directly.

The features aren’t lacking in this game, however. You can win promotions like free spins and then apply a double or nothing round to your prize. That’s something pretty cool that you don’t normally get to do with promotions. On top of that, it’s a good fit for anyone since you only play for a few rounds under normal circumstances.

You can check out Ouroboros and read our review as well.

If you want to talk about card-based casino games that many players don’t know exist, this is a good start. Casino Patience plays like the classic solitaire game that so many people grew up with on their computers. It’s based around a single card being drawn at a time, and you get to go through the deck once before starting over.

We have a review of Casino Paitence here where we break down things like basic strategy. We also show you what the betting rules are and how you score.

The more cards you get to your suited piles, the more winnings you get. Finish off the whole deck without having to go through the draw pile more than once for the largest payouts. This is a game that you can have fun with if you know the rules of solitaire (Klondike). However, no other special knowledge of the game is required to jump in and get started.

Features and excitement within a gameshow environment are the order of the day for Crazy Time. This title is a live dealer game, to an extent, available only through Evolution Gaming. In our review and overview of Crazy Time, we show that this game is all about features.

If you’ve ever seen a classic money wheel game, then you’ll understand the basis of this title pretty easily. The gameplay is simple enough: You wager money and get paid based on where the wheel lands. However, tons of bonus features and special rounds are available to get better payouts. The format of the game also adds a lot of excitement too.

As far as games go that are off of the beaten path, this one really leads the race in the live dealer sector.

Teen Patti is a game more well-known to audiences from Southeast Asia than Western audiences. It’s a card game that plays somewhat similarly to three-card poker. However, the action is much different with different pay tables and side bets.

In our look at Teen Patti, we break down all of the rules and ways to win. The betting setup in particular is interesting because of the side bets. Additionally, the action is pretty fast-paced, which results in more hands per hour than most similar games.

What really stands out the most to us when comparing this to similar titles is the side bets. Players have many more options to get extra action, and that brings the game to a whole different level.

Many players start off playing Jacks or Better video poker, get bored and move on to something else. Some others check out wild card games like Deuces Wild but find their high minimum hands annoying. The volatility of the latter doesn’t help the situation.

With Two Ways Royal, however, things are a bit different. The action is much more serious than Jacks or Better and similar titles. However, the volatility isn’t as severe as versions like Deuces Wild or Bonus Poker.

As we break down in our review of Two Ways Royal video poker, things really heat up because you get two ways to score a royal flush payout of 800x. The AKQJT way works normally. However, you can also win a royal payout with 23456 in the same suit.

This is a perfect fit for players who like a lot of strategy but not a lot of volatility or boredom.

Many players reading this are going to wonder what in the world could be new or exciting about a roulette game. The answer is found in Lightning Roulette, a live dealer game from Evolution Gaming.

This game adds special jackpots for certain numbers on the game board. If you win with a straight-up wager on one of those numbers, then you can win massive prizes worth up to 500 times your wager. This is much more than the usual top payout of 35x for the same bet.

Other wagers work like they do in traditional single-zero roulette, however. That allows you to mix up the traditional wagers with this new way of handling the top-paying bets in the game.

Our final game on this list of suggestions is Blackjack Switch. For years, players would try to cheat in person at blackjack by playing two hands and switching cards. While that’s not a problem in online titles, it does drive the action of this game.

Instead of it being a way to cheat, it’s a strategic option at the beginning of each round. You will always play with two hands in this game, and you always get the option to switch two cards.

Strategy is a lot of fun in this game, as we break down in our Blackjack Switch review. It’s similar enough to other multi-deck games to not be too far outside of the box. However, it’s different enough that it actually makes you think instead of just playing on auto-pilot.

That escape from auto-pilot is what a lot of blackjack fans are after, and that’s what you’ll find here.

Each game we’ve listed here is a great, off-the-beaten-path option. They all have something different about them compared to other titles from their respective genres. That means you’ll have plenty of fun trying new versions of old classics and completely fresh titles as well.

We highly suggest trying out some of these games even if you’re a slots player. You are likely to find something new to try, even if it’s just during your breaks from the reels.