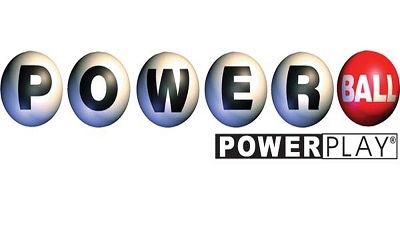 Powerball is one of the two largest lotteries in the United States. It offers a minimum top payout of $40 million (about €17.1 million), and it’s available almost everywhere in the country. This lottery is also responsible for the single largest jackpot of any game in history at more than $1.5 billion.

An Introduction to Powerball

Many lotteries in the world have a similar format with multiple picks and an additional ball. Powerball is the one that most people think about when it comes to this format, however. That’s because it’s regarded by many as the largest lottery in the world overall.

If big jackpots are what you’re interested in, then the Powerball lottery is something that you’ll definitely want to look at.

People from all over the world are aware of this game and its massive available prizes. This is so much the case that many other local, state, provincial and national lotteries are based on it. There have also been some interesting stories come out of this game like mass wins using fortune cookie numbers. All of these things have only added to the legend and mythology that seem to surround this particular game.

Rules for the Powerball Lottery

Any large scale game like this will have a lot of rules and provisions. We’re going to break this down in a way that will make it easier to understand in what follows. If you go section by section, you’ll be able to take it all in with no problem.

The idea here is to pick five numbers from 69 white balls and a single number from 26 red balls. To do so, you’ll need to spend at least $2 on a ticket, and enhanced betting options cost more. We’ll get more into that down below.

It’s important to point out that the order of the white balls is irrelevant. You can win with the same numbers in any order. This also makes the order in which they’re drawn irrelevant as well.

The drawing itself happens using two machines. One machine is used for the red balls while another is used for the white balls. A part of the appeal of this lottery is that they refuse to use an electronic random number generator. It’s easy to see how that would be appealing considering how common hacking and data breaches are.

Drawings for the Powerball lottery happen on each Wednesday and Saturday night. They both are scheduled for 10:59 pm Eastern time.

An add-on bet is available in the Powerball lottery that is appropriately called the Power Play. For an extra $1 per play, you’ll get better payouts for most of the options. A multiplier is chosen at random from a few different options for those better payouts.

A few things happen when you go with the Power Play add-on:

A single Power Play as an add-on is very popular since it only adds a $1 cost to a ticket that’s $2. As a result, all of the non-jackpot prizes are at least doubled, so most people view it as a good play. You can boost the Power Play up to 2x, 3x, 4x, 5x or 10x with those multipliers.

The starting payouts are what everything else is based on, so we’re going to look at those first. From there, we’ll explain how the jackpot works and how the Power Play changes certain prizes.

The Power Play will never change the Grand Prize. It’s always at whatever the starting value is. An annuity is available, however, which we’ll look at below.

For the $1 million jackpot, this will increase to $2 million if any Power Play option is on. However, it will not increase past $2 million no matter the Power Play multiplier. Because of this, many players feel that playing the Power Play (moving things up to 2x minimum for most payouts) is the best option.

When a player wins the top jackpot, a choice has to be made. Players can choose to receive their winnings in payments, or they can choose a lump sum. The lump sum will be worth less overall for two reasons. The first is that the applicable taxes will ultimately be higher because of the way the US tax system works. The second is the time value of the cash involved.

If the player chooses the payment-based annuity option, a single payment will be given each year. Things are set up so that each payment is worth 5 percent more than the previous. This is a measure taken against inflation.

An interesting thing to note is that players have different time periods in which to make their decision depending on the state they are playing from. Some states require that the player make the choice when the ticket is paid for. Others allow for 60 days to make a choice from the time the ticket was purchased. Others still give 60 days from the time the winning ticket was claimed.

With a jackpot this big and a lottery this serious, some important wins and fun stories have come up occasionally. The most famous of these is probably something that happened in January of 2016. Three tickets won on the same drawing for the largest jackpot ever awarded in history. This jackpot in an annuity would have been worth about $1.586 billion.

In an amazing coincidence, all three tickets were bought in different states, and none of the three were required to pay state income tax. This is because Florida and Tennessee do not have state income taxes. Moreover, the third ticket was picked up in California, which does not have a tax for lottery payouts.

Powerball also has the record for the world’s largest jackpot won by a single ticket. This happened in May of 2013. The winning ticket was sold in Florida, and it was worth about $590.5 million at the time.

Outside of the major wins, another very important story that was almost a scandal is tied to the Powerball lottery. Back in March of 2005, a drawing had 110 tickets that won for the second prize. A total of 89 of those picked up $100,000 each (the prize at the time). However, the other 21 of them were getting $500,000 apiece. This was worth $19.4 million total, and nothing like this had ever come close to happening.

Naturally, the first thing everyone thought is that some sort of cheating must have taken place. However, it came to pass that the culprit was a commonly printed fortune cookie. Every single one of the 110 overall winners had played the exact same numbers printed from a fortune cookie. What’s interesting is that none of the winners were employees of the company Wonton Food, which made the cookies in the first place.

When it comes to major lotteries, Powerball is one that has set the gold standard for many across the globe. It’s hard to find any top-tier lotteries today that didn’t get some sort of influence from this game. From the two-ball structure to the way the annuities are set up and other aspects of the game, you can definitely see some major influence overall.

Which online casinos have Powerball?