Curse of the Werewolf Megaways Casinos and Review 2020 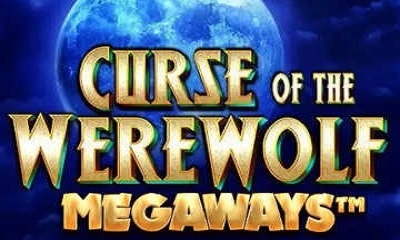 The Curse of the Werewolf Megaways online slot takes players to the city streets of an older time when a werewolf was running around taking down victims. This game has a fun style with thousands of ways to get paid on each spin thanks to the Megaway format along with free spins and other features.

Casinos with Curse of the Werewolf Megaways

An Introduction to Curse of the Werewolf Megaways

A major study was once performed that found that werewolves were one of the two most popular archetypes of monsters globally across all cultures (vampires being the other), and they resonate across all different demographics as you can see. With the Curse of the Werewolf Megaways video slot, Pragmatic Play has taken advantage of this to provide the basis for a very interesting and action-oriented slot.

From a gameplay standpoint, things are a lot of fun here, but they did not ignore the visual appeal at all.

In games with this many ways to win, you often see the feature set neglected, but that’s not the case in this title. Likewise, the aesthetics and graphics have not been ignored either. Instead, everything has been done well and in a way that allows it to all come together for one cohesive experience for players.

This is a Megaways title, so you won’t have the usual setup and game format. Instead, there’s a lot more going on, even though it’s easy to learn and get used to. Here’s what to expect:

The volatility of this game is on medium part of the spectrum. This means that your swings won’t be very severe, but you will want to use good bankroll management to withstand the swings that do exist so that they don’t take you too far in one way or another with the inherent streaks that can happen during play.

The gameplay of the Curse of the Werewolf Megaways online slot centers largely around the payouts that you get from the regular pay table. However, you can also get some good wins and value thanks to the feature set, which is something that stands out here since most of these Megaways format games don’t have a ton of features since they rely on the regular game mode so much.

The wild symbol in this game is a bloody “wild” across a piece of paper with a werewolf’s claw through it. This shows up on the second, third, fourth, fifth and sixth reels only, which means it can show up anywhere but the initial reel.

These wilds are important here even though they do not give their own payouts. This is because they make it much easier to get wins on the “all ways” format style. It’s important to note that they will substitute for anything but the bonus symbols, the mystery symbols or the top-paying wolf symbol.

There is a symbol on a yellow background of a wolf howling at the moon, and it is the mystery symbol of this game. It only shows up in the regular game mode and not in the free spins, but the way it works is that they will all be randomly turned into the same symbol when any of them show up on the game board.

This makes it easier to get wins in the Curse of the Werewolf Megaways video slot because you’ll have more symbols that match on the reels on average compared to if you did not have this feature available.

There are two random features called spin modifiers that can show up on any given spin in the regular game mode. The first is the Super Spin, which has stacks of high-level symbols on the reels to boost your average payouts. The second is the Guaranteed Win Spin, and you’ll be guaranteed to get a sizable payout on these spins because they are, as the name implies, a guaranteed payoff.

The bonus symbol shows up on all reels, and if you get three or more of them, you’ll get a number of free spins. The number of free turns you get is determined as follows:

During the free spins, you’ll have the yellow attacking wolf special symbol that substitutes for the red wolf symbol. When it shows up, it removes up to five lives from one of the high-paying symbols. If all five lives of that symbol is removed, then they are replaced by red wolf symbols for the rest of the feature. It also gives you an additional free spin.

You can also add extra free spins by getting two or more bonus symbols on the game board at once.

How to Win at Curse of the Werewolf Megaways

With a game like this where the volatility is firmly in the middle range, you should really not be trying to make big betting adjustments. With the Curse of the Werewolf online slot, we suggest just picking a bet size somewhere around the middle of the range that you’re comfortable with. While the hit-rate is pretty solid, the volatility is too high to increase your bet size much and too low to need to decrease it as some type of adjustment.

Picking a bet size you’re comfortable with and sticking to it is really your best option here.

Payout Structure for Curse of the Werewolf Megaways

The following wins will be described in terms of coins won. With the red wolf symbol, which is central to the free spins mode and which often shows up stacked, you’ll get 100x for six of a kind. Note that it’s also the only regular symbol that does not get substituted for with the wild, but it’s also the only one that wins for just two of a kind combinations.

The four characters have wins based on their color. The man in the yellow glow gets 50x for six, and six of the woman on the purple background is worth 25x. Wins of 20x and 15x are yours for six of a kind combinations of the blue- or green-themed men as well.

The card rank symbols round out the lower end of the pay table. You’ll have 10x wins for six of the A or K symbols, but the Q, J and 10 symbols give you half of that for 5x for six of a kind.

This online slot is a perfect part of this developer’s whole portfolio because of its aesthetic appeal and play style. As if that wasn’t enough, the presentation and feel of this title brings a fun vibe that’s in competition with most that the casino world as a whole has going on.

Also worth noting, the play style for this game offers a ton of excitement. The hit-rate of the range of features in this slot is so big that slot fans will be sure to not get tired of playing, and the overall concept put on display as the center for this video slot is a strong launch pad for the style of play and fun.