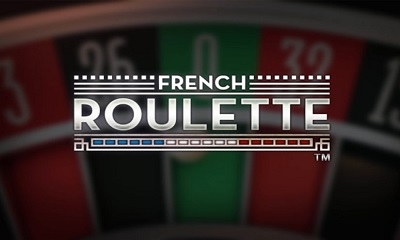 French roulette is one of the best-paying table games out there today. It offers special rules with better payouts on major bets than the European or American versions. This game also allows for fun mixed strategies that give a lot of room for customizing your wagers.

An Introduction to French Roulette

In the land of table games, French roulette is well-known for a number of good things. If we were going to recommend a non-card based table game for new players to start with, it would definitely be this one.

French roulette comes highly recommended for a variety of reasons.

First off, it’s a really easy game to learn. The rules are simple enough for the basic wagers that you can jump right in. Moreover, even the basic bets have really high payout rates compared to other table games. That puts you in a good position to learn the game without having to worry about being fleeced.

Second, it has a lot of depth of customization once you learn all of the wagers. Because the payout rates are high on every bet in this game, you don’t have to worry about making mistakes by choosing the wrong wagers. As a result, you can mix and match the wagers you want to create different strategies each time. Alternatively, you can stick with the same types of wagers if that’s what you prefer. In this way, you can customize your experience quite a bit.

We’re going to take a look now at how the game is actually played on each round. We’ll get more into the specifics of the bets and payouts further down below. However, here we’ll look at the actual flow of the play.

Our advice when getting started is to simply pick one of the most basic wagers to play with. From there, play a few rounds to see how the wheel works. Additionally, you’ll want to get used to the pace of the game. That’s because it goes a bit more quickly than most others.

The Best Casinos for French Roulette

French roulette is known for being a high-paying table game. Therefore, it’s going to be a little harder to find good promotions and deals that allow you to play. Our recommendation is to look through reviews of high-casinos, like what we’ve reviewed ourselves. From there, you can find bonuses and other deals that will give you the best values.

This game has the potential to give a really low house advantage. That means that even with a small amount of value from promotions, you’ll narrow the house edge down tremendously.

French roulette has two special rules that set it apart from its single-zero cousin European roulette. They both provide better payouts on even money wagers. However, they do so in different ways. Depending on which software provider you’re playing with, you may have one or both of these available.

The La Partage rule is pretty straightforward. If you make an even money wager, but you lose because the wheel landed on the green zero, then you get back half of your bet. The other half is still lost, but this is a significant improvement.

The end result is that the house edge is 1.35 percent in games with this rule on even money wagers. That’s one-half of the typical 2.7 percent found in European roulette. Therefore, if you’re playing even money wagers, this is the best roulette game available.

While this may seem a little more complicated than the La Partage rule, it actually has the same effect. The house edge with the En Prison rule in effect is the same 1.35 percent. However, the volatility is somewhat increased, which is worth noting if you’re sensitive to bet-sizing issues.

French roulette has a lot of places to put your bets. It can be really tricky to get started because there are so many options. To make this easier to get started with, we’re going to break things down from beginner to advanced. While the wagers in this game can get complicated, they’re pretty straightforward to learn if you learn them one thing at a time.

Even Money Outside Bets

A really good place to start is with the even money outside bets. All of these wagers are subject to the La Partage and/or En Prison rules. As a result, they have the best payout rates in the entire game. Here is a summary of what’s available:

The key thing to keep in mind about these sets of wagers is that none of them win on a green zero. That includes the “even” wager, which does not count the zero for a win.

Additionally, these bets all have a house advantage of 1.35 percent. Every other wager in the game has a house edge of 2.7 percent. That’s worth keeping in mind.

A few other outside bets are available. However, instead of paying at even money, they pay at 2:1. These are slightly trickier to some degree than the even money bets, so we’ll break them down here:

Again, these all pay at a rate of 2:1, and they have a house advantage of 2.7 percent. This means players get a payout rate of 97.3 percent, which is still pretty high for a table game. They also have a slightly higher volatility than the even money bets.

The inside wagers are where things start to get tricky. That’s because you place these bets by putting your chips on different places on the grid. However, that doesn’t just mean placing them on numbers. You’ll also place them in various places on the lines separating the numbers.

Here we’ll get you started out with the basic inside wagers that are fairly straightforward to learn:

From here, we’ll go into more advanced inside bets and wagers.

We have a few inside wagers that are a bit more complicated than the above. However, they’re not too difficult to learn once you try them a couple of times. Here’s what’s available:

These wagers are slightly more complicated to learn because they’re somewhat disjointed visually. However, once you see how they work, they’re just as easy to make as the other inside bets.

Betting on the Racetrack

The racetrack display allows for betting on individual numbers with the same odds as a regular straight up bet. However, it also allows for a few other group bets based on the way the wheel is laid out. You’ll notice that the numbers on the track do not go in numerical order. Instead, they go in order according to how they’re numbered on the wheel.

Depending on the software provider you’re playing with, other track bets may be available. This includes wagers with names like “Orphans” and “Neighbors of Zero.” All this means is that they are groups of numbers shown according to sections of the wheel. Hovering your mouse over them will show you which numbers are wagered on as well.

How to Win at French Roulette

Because of the La Partage and En Prison rules, French roulette’s best wagers are the even money bets. They have a 1.35 percent house edge. Subsequently, all other wagers in the game have a 2.7 percent house advantage.

With that said, the house advantage is so low for the other wagers that they’re pretty reasonable as well. This allows for mixed strategies where you combine different types of bets to get tiers of payouts.

Overall, French roulette is generally seen as the best standard style of the game available. It plays like a typical single-zero game like European roulette, but with the special rules, it has a better payout rate in some of the key bets. However, if you’re only playing non-even money bets, then there’s no functional difference between the two games.

Which online casinos have French Roulette?