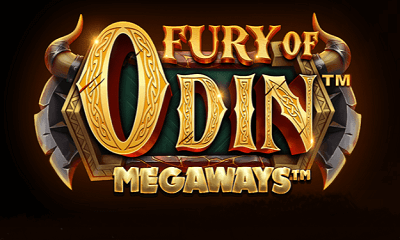 Casinos with Fury of Odin Megaways

An Introduction to Fury of Odin Megaways

Fury of Odin Megaways is based on Norse Mythology, as evidenced by the slot’s name. The god Odin is known as the Allfather, since he was believed to rule other deities and men.

This Fury of Odin Megaways review illustrates exactly how powerful the one-eyed god is, especially when his rage is out of control. You will benefit from an exciting FURY Feature during gameplay.

Meet Odin, the protector of heroes in Valhalla. Spell his name to activate Free Spins and win up to 15,000x your stake!

The playing area features six reels with up to 117,649 ways to win. There’s also a horizontally spinning reel on top of the main grid. The default Fury of Odin Megaways RTP is 95.97%, which is slightly below the industry average. But the payout percentage can increase to 96.02% when using the Ante Bet, or 95.99% if you buy Free Spins.

A dramatic soundtrack in keeping with the Norse Mythology theme accompanies your gameplay. While bet size limits range from 0.20 to 100 coins. Finally, the maximum win possible when playing Fury of Odin Megaways is 15,000x your bet.

Fury of Odin Megaways is playable on all computers, tablets and smartphones. Like other video slots using the Megaways mechanic, the number of paylines changes on each spin. You can unlock as many as 117,649 winning lines and trigger the following features.

The Tumble Feature is activated whenever you score a win. All winning symbols will disappear from the reels once they are paid. New ones will fall from above to fill in the gaps. This process will be repeated if you hit more wins.

Odin will work himself into a frenzy of rage whenever the FURY symbol appears on the topmost row. All icons below it will turn into WILDs. If it lands after a tumble, it will change to a new position and create more WILD icons.

All symbols, except for the WILDs, will respin if there are no winning substitutions. The number of expanded WILDs will increase by +1, up to a maximum of six. You’ll also be guaranteed increasing paylines as shown below.

You may land Mystery symbols on any spin while playing this game. These have the power to turn into other identical icons. Their winnings are calculated and awarded instantly.

This feature can be triggered on any non-winning spin. The symbols will assume a new configuration to form the maximum possible number of ways. There’s a guaranteed maximum win of 10x the bet.

Playing cards are the lowest-paying icons in Fury of Odin Megaways. You’ll come across 9, 10, J, Q, K and A on the reels. All of them have a brownish colour in addition to nice-looking patterns.

Odin and Viking characters offer better prizes here. Since the Allfather is the main character here, it’s no surprise that he’s the most rewarding symbol. Six of them landing on a payline are worth 10x the stake.

Four Gold Scatters will activate Fury of Odin Megaways Free Spins. These symbols will spell “ODIN” and award 10 free spins. Any Scatter appearing after the fourth in the same base game spin awards +2 free spins.

A big “WILD” is the icon tasked with replacing other symbols. This one only appears on reels two to five and the top row. It can substitute for regular icons to create winning combinations where possible.

The bonus round begins with a 1x win multiplier, which increases by 1x after each tumble. FURY symbols can appear during the feature, and each additional Scatter will award +2 free spins.

How to Win at Fury of Odin Megaways

The first step is to try the Fury of Odin Megaways demo at the casinos recommended on this page. You can test the game’s features, with no deposit needed, by playing this free version. We have listed regulated casinos on this page that offer a demo game..

Winning combinations are formed by landing three to six identical symbols on a payline from the left side. However, with Odin you only need two symbols to receive a prize. He’s also the best-paying character you can summon. Look to trigger the Free Spins bonus and the FURY Feature for the biggest payouts.

Fury of Odin Megaways payouts are calculated based on the paytable. Match symbols on a payline from left to right to receive prizes.

Six of the playing card icons are worth between 0.4x and 1.5x the stake, depending. While the Vikings and Odin offer prizes ranging from 2x to 10x the bet for six.

Fury of Odin Megaways stands out primarily because of its FURY and Mystery symbols. You can trigger both features during the Free Spins game to enjoy extra WILDs and bigger wins.

While the maximum prize of 15,000x is satisfactory, we’ve seen many slots with bigger payouts. And we can’t deny the fact that the RTP is below average. But in Fury of Odin Megaways, lovers of Norse mythology have another exciting title to try out.

Does Fury of Odin Megaways have a free spins feature?

What is the Fury of Odin Megaways volatility?

Fury of Odin Megaways uses a highly volatile maths model. Frequent payouts are unlikely to occur, but you can win big in a short time.

What is the max win of Fury of Odin Megaways?

The maximum win is 15,000x the stake when playing Fury of Odin Megaways.

Can I play Fury of Odin Megaways for free?

Yes, there’s a free play option if you launch the demonstration version available at casinos named in this review. There you can practise risk-free.

Who makes the Fury of Odin Megaways slot game?

Pragmatic Play is the game developer behind Fury of Odin Megaways.

Can I play Fury of Odin Megaways on my mobile or tablet?

Yes, Fury of Odin Megaways is available on iOS, Android and Windows devices.

Which online casinos have Fury of Odin Megaways?

What is the Return to Player (RTP) for Fury of Odin Megaways?