Hot to Burn Casinos and Review 2021 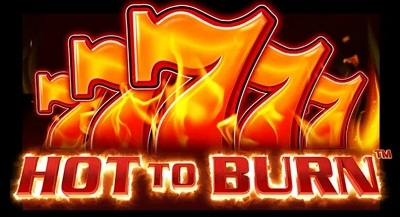 The Hot to Burn online slot by Pragmatic Play is a part of their Reel Kingdom series, which takes players into a throwback sort of style of play. Things are focused more on getting strong payouts than a variety of features, but there is still a lot to get excited about in this video slot.

Casinos with Hot to Burn

An Introduction to Hot to Burn

There is a divide in the slots world between two major types of games: classic slots and video slots. There have been some attempts to mix the two, but most of them have not been successful. Pragmatic Play’s Hot to Burn video slot, a game that is a part of their Reel Kingdom series, aims to break that pattern.

As a result, this title uses a format that’s clearly a video slot in a way that plays a lot like a classic slot with extra ways to win.

It’s important to note that this game’s graphics are pretty solid in comparison to everything else available in the modern era of the genre. They aren’t super complicated or overly done, but they’re definitely serviceable.

With that said, the gameplay is something that will be a point of contention for some since feature-oriented, action-focused games are the norm for a lot of, if not most of, the people out there. The Reel Kingdom line, and Hot to Burn in particular, is a good chance to get out of your comfort zone to try something fresh and new.

The layout is a key part of why this game works the way it does, and it’s actually a critical part of the overall appeal of the title in the first place. In what follows, we’ll break down everything you need to know so that you’ll know what you’re getting yourself into before you get started playing.

With such a wide betting range available, this is one of the titles in Pragmatic Play’s overall portfolio that allows for the lowest bet sizes without an RTP penalty. Also, the volatility is really low because of the balanced pay table along with the high hit-rate and the lack of the accumulation of value in features that rarely hit.

The gameplay style of the Hot to Burn video slot is very important to understand before you get started playing. If you don’t, then you won’t really “get” the game and may be turned off by it.

In what follows, we’ll walk you through everything that you need to know before your first spin so that you know what to expect and how the gameplay will go as a whole.

In most online slots, you use the mouse to click a button for each individual spin, and then you wait for the animations to finish before you click again. In others, you’re also allowed to use a key on your keyboard, often the space bar, to spin the reels instead as an accessibility feature.

In the Hot to Burn online slot, this is taken to another level with Pragmatic Play including a turbo mode that makes it even easier to play.

To activate the turbo mode, all you have to do is hold down the space bar. This will speed the game up tremendously, but you can stop the play at any time by simply releasing the space bar. This is an alternative to the autoplay feature that many may find useful.

The golden star symbol shows up in the Hot to Burn video slot on every one of the five reels. It’s special in that it pays no matter where it lands. It doesn’t have to land on any certain reel or any particular payline.

In a five-payline game, that adds a lot more value than you might expect since the bet size is so small relative to the payouts. Here are the wins for this scattered star symbol:

We want to point out that these wins are multiples of your entire bet size, so getting five stars is like getting a 250x line bet win. That’s a pretty substantial win for not having to line up anything on a line in a five-payline game.

The top jackpot in this game comes from the red lucky seven. It’s a particularly disproportionately large win to the point that even just four of this symbol is larger than any other payout in the game.

Five of a kind of the lucky red seven on any payline gives you a jackpot win forth 5,000x.

The wins for four of a kind or three of a kind are 1,000x and 100x, respectively, which are sizable on their own.

How to Win at Hot to Burn

The thing to understand about this game is that the volatility is fairly low, and the only real variance comes from the top jackpot. As such, you should adjust your play to account for the fact that you only have five paylines to pay for on each spin and the fact that you want to get the most value the times that you do take down one of the larger prizes.

Increasing your bet size slightly compared to what you’d normally take is a good way to do this. Going somewhere in the range of 150 percent of your typical bet size is a good strategy for this game in particular, and you may want to adjust a little higher just depending on how you feel about the swings once you get playing.

Payout Structure for Hot to Burn

There are six fruit symbols other than the lucky seven and scattered star that we mentioned above. The watermelon and strawberries have the same payout of 500x for five of a kind. These are line-based wins and are like a 100x wager payout.

The other four fruit symbols are the plum, the orange, the lemon and the cherry, and they all have the same payout of 200x for five of a kind. The only difference is that the cherry will pay for two of a kind or more, and all other symbols in the game require a minimum of three.

What we like about the Hot to Burn online slot is that it brings players a style of play that relies on getting payouts from the regular pay table. This increases the hit-rate because value isn’t “reserved” for the bonus features in situations where you’ll be lucky to get them to hit once during a session.

Overall, it’s not going to be every player’s favorite, but there are definitely a ton of people out there who will absolutely love this type of gameplay.