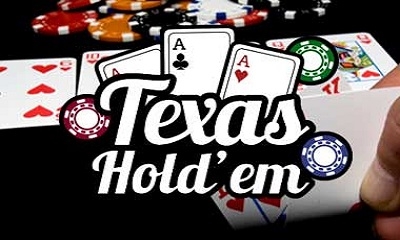 A variety of casino games are played with rules based around Texas Hold’em. As a result, you have several styles of games that have similar rules but different strategies and payouts. This gives players plenty of options when it comes to picking out the tables that fit them the best.

Since the early 2000s, Texas Hold’em has been widely known as a game in most households. If you don’t know the rules, then you certainly know the name. This is because it became the most popular form of poker between 2000 and 2005, and it’s stayed that way ever since.

Casinos have taken advantage of this popularity by putting together games based on a similar rule set.

With that having been said, there’s a lot of variety in the games available. Even though they’re based on the same way of dealing cards, the betting and payouts can vary a lot. This genre as a whole offers a lot of action and strategy, but again, there’s a wide spectrum on both of those elements.

In what follows, we’re going to break down what’s similar between these games and what’s different. We’ll show you the basic rules to know and where the variation happens as well as showing you the most popular titles in this genre available today.

The Common Rules and Concepts

Many people grew up playing a version of five card draw with friends and family. As a result, they know that game as “poker.” If you know the poker hand rankings because of that game, then you’ll be in for a shock when you see how community cards work in this game.

Alternatively, you may not know poker hand rankings at all. In any event, we’ll show you everything that you need to know in the following.

Poker hands are created based on three factors: matching ranks, consecutive ranks and matching suits. You’re going for one of those, or a combination of them, when looking at the cards in front of you.

Here we’ll break down the five-card poker hand rankings (a separate ranking system is used for three-card poker). This list starts at the strongest hand and works its way down to the weakest:

The strength of poker hands is determined by how likely it is to be dealt those hands. As a result, most of your hands will be in the range of high cards, one pair and two pair. However, those are often enough to win because the dealer will rarely have better than that as well.

The way cards are dealt in Texas Hold’em casino games is a bit different than other forms of poker. In most styles of poker, each individual has their own cards. However, in this game, most of the cards are actually shared.

This works by having two sets of cards. First, each player (including the dealer) receives their own two personal cards. These are called their pocket cards, and pocket cards can only be used by the player who received them. However, five cards are also dealt across the middle of the table that are community cards. All players, including the dealer, can use these to form a hand, and they are shared.

The betting in these games can vary quite a bit. However, there are certain common elements that almost all of these games have:

The differences in how the betting and payout options work in each Texas Hold’em casino game changes the strategies. As a result, no two games in the genre have strategies that are the same. With that said, there are obviously some degrees of overlap.

Here we’ll take a quick look at some of the most popular casino games in this genre. We’ll give you a brief description of what sets each game apart from others. Additionally, we’ll give you an idea of the strategic depth involved.

This is probably the most well-known and most accessible title in this game. Because of this, it has some popular side bets that add extra action to the experience. The level of strategy is more moderate because the rules reward folding only about 20 percent of the time on the one decision that you have in each hand.

This is very similar to the normal version of Casino Hold’em except you’ll play two sets of pocket cards. The strategies are slightly different, however, because you can see more cards at the time of your decision. If you like more action with a similar degree of strategy and complication, then this is a good pick.

Ultimate Texas Hold’em Poker is the most strategically complicated of the group. This is because you have the option to put in larger raises earlier in the hand or smaller ones later on. You can even fold if you get to the last community card and don’t like what you have available. There’s a lot to learn, but it’s a very rewarding title for those who like strategy.

The Texas Hold’em casino game genre gives players a lot to look forward to. This is in terms of both action and gameplay. The level of complexity of the game is pretty strong depending on the variation you play. On the other hand, some titles in this genre are pretty easy to get started with.

In any event, there’s a lot for everyone when it comes to playing casino Texas Hold’em poker online. If you like poker action and lots of ways to win, then it’s a good type of game to get familiar with.

Which online casinos have Texas Hold'em?