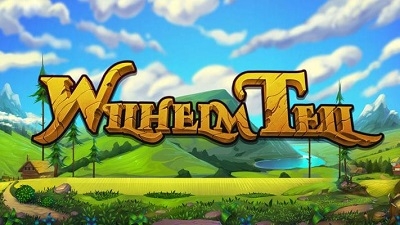 The Wilhelm Tell video slot by Yggdrasil Gaming brings players into the story of a man trying to rescue his son with free spins, stacked wilds, nudged wilds and multipliers worth up to 50x that offer some serious opportunities to take down massive jackpots on the reels.

An Introduction to Wilhelm Tell

Yggdrasil Gaming is known for making titles based around a variety of different stories and scenarios from history in general, and their Wilhelm Tell online slot is no exception. They’ve made this game look great and play well with focus on both the visual appeal and gameplay values.

This balanced focus on both sides of the slot equation is something that makes this title stand out compared to similar names.

The whole idea here is that Wilhelm Tell is off to save his son, and the action on the reels backs that up. The game has a number of characters on the reels, including his son famously up against a tree with an apple on his head, and it has a great soundtrack that goes with it as well.

From there, the action-oriented gameplay will be something that virtually all players can get behind because of the balance between the features and the regular gameplay along with the options that allow you to customize how your bonus feature plays out.

Something this developer is known for is making games that use normal formats so that they have a solid foundation that players can work with from the beginning. Here’s what to expect:

The wins that we are going to describe in the following are multiples of the whole bet size. You can multiply these numbers by 20 if you want to know what the wins would be expressed as if they were listed in coin amounts.

The volatility is in the medium-low range. It’s not incredibly low, but the pay schedule is pretty balanced without very many serious swings.

The Wilhelm Tell online slot is all about the features and how the features are incorporated into the overall flow of the game. They also match up with the theme really well, which helps to give players a more cohesive experience that’s a lot of fun.

The wild symbols in this game are Wilhelm Tell’s son tied to a tree with an apple on his head. This is the story that’s most well-known about this man because he attempts to shoot the apple from the child’s head for reasons that vary depending on the telling of the story.

Here are the wins you can get for winning combinations of just the wild symbols:

These wilds show up a lot, and that increases the hit-rate and helps to keep the pace of the game pushing along.

The wilds appear on all five reels, and they are always stacked wilds that are three symbols high. They also have a special feature on their own that help you to get extra ways to win.

If doing so will give you extra wins that you would have otherwise missed out on, then a wild that only appears partially on the reels will nudge so that it moves fully onto the game board.

In a way, this effectively makes it a three spot-high expanding wild symbol with all things considered, and we think that sounds a lot cooler and more descriptive than the way Yggdrasil went about it here.

It’s interesting that the scatters pay in coins instead of multiples of the bet size since it’s usually the case that those two things are reversed. We should also note that five scatters gives the best individual payout available in the entire game.

The free spins symbol appears on all five reels. It’s scattered in the Willhelm Tell video slot, so it doesn’t have to land anywhere in particular; it counts as long as its visible somewhere on the game board at the end of the spin.

The number of free spins is not determined by the number of scatters used to trigger the feature. Instead, you get the same three options no matter how many scatters are used.

You get to pick which of these three options you want, and while they all have the same total value overall (meaning no one choice is inherently better than the others in the long run), there is obviously a big difference in the volatility of each.

How to Win at Wilhem Tell

Something cool about this game is that you don’t really have to worry about mistakenly taking any options available to you because there’s nothing in that regard that will lower your RTP percentage.

However, one important choice you do get is which of the three free spins modes to take. They all have the same average RTP, but the difference is that the volatility will be higher with the higher multipliers.

In general, we recommend that you go with whatever feels good to you as an individual. Personal preference matters a lot, and you really just have to go with whichever of the three options fits the best for your individual personality and predisposition.

The wild symbol is tied with the red character symbol for the top pays in the game. Five of this man will yield a 150x win. You can also earn 120x for the man in green or 100x for five of a kind combinations of the man in blue.

The bottom end of the pay table consists of the four card suits in decorated form. You can earn 50x for five of the red heart or 40x for five of the purple spade. Wins of 30x and 20x are yours for five on a payline of the blue diamonds or green clubs, respectively.

With the Wilhelm Tell video slot, we like that the characters seem to have some real personality, and we like how Yggdrasil put a ton of effort into the low-tier symbols as well. When that’s combined with the general style of graphics as well as the flowing scenery of the background, it all just looks tremendous.

On top of that, there’s a strong level of gameplay here with the way the wilds work and how they show up a lot and help with multi-line wins. The options for getting multipliers worth up to 50x in the free spins mode is pretty nice as well, and we like the control that players get over which free spins mode they’re awarded. That’s definitely the kind of thing that players respond to favorably in general.