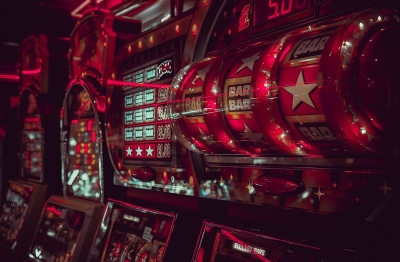 Within the video slot genre, there are a variety of different gameplay styles that players can find. Players who prefer slots will normally prefer only one or two of these styles of play that really fit their predisposition and tolerance for action and risk. Here we break down what these styles are and offer game recommendations for each.

If you look at the game listing for any given online casino, you’ll always find that there are more video slots than every other type of game combined. Even with that being the case, the majority of players will really only enjoy a narrow selection of that large variety of titles available within the video slot genre.

The primary reason for this is the breakdown of gameplay styles within the genre and how that creates its own sub-genres that players tend to be drawn to.

For players who aren’t aware of what their preferred styles are, it can make it much more difficult to find games that appeal to them. With so many games available, you mostly have to just bounce around from one to another until you find something that appeals to you, but with casinos often having thousands of games to choose from, that can be a tedious and overwhelming task.

Instead, we’re going to break down what makes these styles work the way they do and give some direct recommendations so that you can get in on the action with games you actually enjoy sooner rather than later.

Before we get into specific styles and recommendations, we’re going to take a quick look at what goes into each individual style and how it’s determined. This will be a quick list that is not completely exhaustive but that will give you an idea of the angle we’re going to be taking with all of this.

These four points are the majority of what we’ll be using to break down the following gameplay styles, and they will be the centerpiece of our recommendations as a whole. If you know what you prefer on each of these four points, then you’ll be able to very quickly find games that fit exactly what you’re looking for.

Now we’re going to get to the meat of the issue, which is giving concrete recommendations for specific gameplay styles. Remember that while you can enjoy titles from multiple styles, chances are that there will be one style in particular that is the best fit for you as an individual, and there’s nothing wrong with that.

Progressive jackpot online slots are characterized by having at least one large jackpot that’s hit at random that’s much larger than any other payouts available in the game.

Slots with progressive jackpots are high-volatility affairs with a low hit-rate and a very unbalanced pay table. With that said, they’re some of the most popular games in the video slot genre as a whole because of the off chance of hitting a tremendous, life-changing payout.

Here are some recommendations from this sub-genre:

Overall, if you like a chance to win a life-changing sum of money over all else, then this is the type of gameplay for you.

On the opposite end of the gameplay spectrum, we have titles that bring a lot of small and medium wins with a much lower frequency of larger wins. There is a large portion of players who love this type of game but have trouble finding them because they can’t really put their fingers on what it is about the gameplay that draws them in.

Here are how the key characteristics of these titles break down, and you can use these guidelines to make it easier to find other games you might line if this is your thing.

Finding games that fit this description can be a little tricky because you have to take a look at the pay table and overall feature set to make an evaluation of it. To help you out, here are a few specific examples of great games with these characteristics:

You’ll also notice that there is a wider range of themes and graphical styles available for this type of game compared to progressives.

While the two styles we looked at above are at polar opposite ends of the spectrum from each other in terms of how volatility and payout structures are handled, there are others that are much more balanced. These games are well-suited for players who like a decent hit-rate but also like the idea of hitting a bonus round for a serious injection of value.

This is probably the most popular sub-genre of video slot, and they’re generally the easiest to find as a result. With that said, here’s what to look for specifically:

These games offer a style of play that’s designed to be appealing to the largest audience out there, and they do that really well. With that said, there’s not a whole lot of variance between them in style, though you’ll find plenty of different concepts and themes used.

Here are a few recommendations from this sub-genre that we think a lot of players will enjoy:

If you aren’t sure what to look for, these games are where you should start. At the very least, you’ll be able to figure out what you do and do not like as a result.

The final sub-genre that we’re going to look at is based around a different fundamental setup for how the gameplay works. Instead of using paylines or the “all ways” approach, video slots in this sub-genre will pay based on getting clusters of connecting symbols that match either horizontally, vertically or both.

Players who are looking for something fresh and different and who have experience with more traditional types of slots should check out what’s being offered with the following.

The action in these games is pretty intense, and it has a different feel from the gameplay than most other types of video slots. There is a bit of variation in them as well when it comes to themes and concepts used, so you aren’t going to be stuck with gem-based titles over and over.

Here are a few of the top titles in this sub-genre:

These games are fun and offer a different style of play with a lot of action, and the only trade-off is that they usually don’t have large top wins like the progressives and some of the balanced titles do.

The ultimate goal of what we’ve laid out in the above is to help you find the type of game that will fit you the best and to give you an understanding of the different sub-genres within the larger video slot genre. If you pay attention to the four characteristics of the genres that we have laid out here, we think you’ll have no problem finding exactly what you’re looking for.