Understanding the Virtual Landscape of the Video Poker Genre 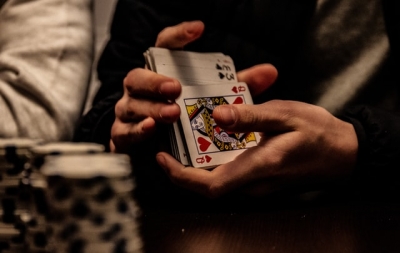 Over 100 different video poker styles are available in the genre as a whole. Because of this, it can seem like the variety of games available are fairly sprawling and random. However, there’s a very specific logic to how these games are structured and what you can expect.

If you go to the video poker section of any popular online casino, you’ll find a ton of games. For people who are a fan of the genre, it can seem random and disjointed. It’s even worse for people who aren’t familiar with what’s available.

Our goal here is to provide some structure and understanding of how the genre is set up. This will help you to place the most popular games and their derivatives.

When you know how the games are structured, then it makes it easier to figure out what you like. From there, you can find other similar titles or additional games that are a bit off of the beaten path.

Ultimately, the goal is to help you to have a better experience with your own play. To achieve this, we want to remove a lot of the obstacles that are keeping you from finding what works for you.

There is one fundamental division in video poker types. It’s whether the game has wild cards or not. All video poker styles can fundamentally be broken up into wild and non-wild games. While that might seem like a very helpful piece of information, that’s not always the case. This is because the wild/non-wild division works more like a spectrum. That’s opposed to it being two separate styles of play.

We can compare three of the most popular games to show what we mean by this. Consider the following:

What you can see here is the issue of there being more of a spectrum than a clean split. In what follows, we’re going to focus more on the understanding of volatility than anything else. This includes wild card rules, but it more heavily focuses on the pay table distribution. We’ll get more into why that is below.

Why Pay Tables Are More Important Than Wild Cards

In video poker games, online and land-based, the most important evaluation of a game is its pay table. While the pay table tells you the payout rate, which is a critical piece of information, we’re talking more about an evaluation of the game’s play style.

In this way, it’s the volatility that comes back to being so important.

If you compare Jacks or Better to Joker Poker, as we did above, you see something with the pay tables. They are very similar with the exception of the very worst hand on there. It’s bumped up to Kings or Better, Aces or Better or two pair. That’s hardly a change at all considering the one wild added to the deck.

However, when looking at the Deuces Wild pay table, things are much different. You need at least three of a kind to get a payout at all. Additionally, the lower hand payouts have been decreased. This is because of the increased value of the upper end of the pay table. As a result, even though this game has wild cards as well, it’s much different in terms of gameplay than Joker Poker.

The reason that we’re making this comparison so much is simple. Virtually all video poker games can be explained in the context of these three titles. In particular, they are variations to these titles based on volatility and pay table changes. In what follows, we’ll show more of how this landscape is structured in terms of specific games.

The Structure of the Genre: Online Video Poker Machines

In the following, we’re specifically going to talk about the online versions of video poker titles. However, most of this will apply to the land-based industry with the exception that finding so much variety in one place can be more difficult.

Jacks or Better and Derivatives

Jacks or Better is the most basic style in the genre. It has a lot volatility and a balanced pay table with no wilds. As such, several derivatives have been made from this game with pay table changes. This is on top of Joker Poker, which adds a single joker, that we’ve already discussed up above.

As you can see, different spins on the same idea create a variety of styles. From there, each sub-style has its own sub-styles in many cases. This causes a sort of branching affect where a tree of games is formed that looks like a spider web.

Something really interesting about Deuces Wild video poker is that it doesn’t leave much room for expansion. What we mean is that it’s difficult to create a game with a higher level of volatility. Unlike Jacks or Better and its derivatives, there’s just not enough room for big changes.

We have two exceptions to that rule that can be commonly found:

As you can see, most of the variations in this genre are of the non-wild variety. Having a ton of wilds just eliminates a lot of options for variety on the pay table. The reason for that is that things have to be so top-heavy to balance how much easier it is to make strong hands.

Other Progressives and Various Titles

There are some other games in the genre that don’t neatly fit into one of these two sub-genres. Here we’ll take a quick look at a few of them:

If you want some variety, these are definitely some games that you should check out. They don’t fit neatly into the traditional sub-genres, but they have their own appeal.

Being able to pick out the video poker styles that work best for you is all about knowing what’s available. To be able to do this, you need to know how the genre as a whole is structured. What we’ve offered here breaks things down in a way that all players can understand to achieve this aim. All you really have to do is figure out which type of volatility you’re comfortable with. If you go from there, you’ll have plenty of options to try.