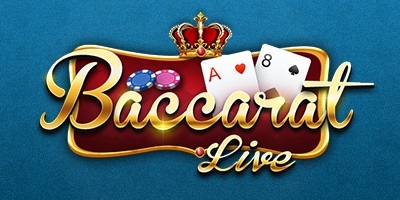 Live dealer Baccarat is one of the most popular table games available online. The exciting but straightforward level of play is loved by a wide range of players. Taking on the many variations of this game in the live dealer format is a great way to get in a lot of action.

An Introduction to Live Baccarat

If you look at which card-based casino games are the most popular, there’s a sharp line drawn between blackjack and Baccarat. They are the number one and number two no matter where you look. However, in some parts of the world, it’ll be a different one of these two games that’s on top.

With the live Baccarat tables found online, you can enjoy many variations of one of the two most popular card games in the entire casino industry.

Back before online casinos were so popular, Baccarat was a very exclusive game. It was almost always played for high limits, and it was often in a separate section away from other people. This exclusive status is captured once again when you play this title in the live dealer format.

Along with that, you can chat it up with tons of other players from across the globe while you play. Since many people will bet together due to the nature of Baccarat, you’ll also have plenty of opportunities to celebrate your wins together, which adds a whole new layer of fun.

No matter which version of live dealer Baccarat you play, the basic rules are usually pretty straightforward. This creates a style of gameplay that’s really easy to follow. First, we’re going to look at the gameplay itself, and then, we’ll look at the available wagers.

The procedure for a hand of Baccarat is really easy to get used to. This is because the players are not individually dealt hands. Instead, you’re wagering on the result of two hands facing off against each other. The rules for how these hands are dealt are slightly different, and a variety of side bets mix things up.

One Hand Played Through

Here’s how one hand will generally unfold:

That’s it for a single hand of live Baccarat. However, the variety of bets and the variations in the game that we see online make things more interesting.

First, we’ll look at the standard wagers. There are five of these in most cases, but the two pair bets may not be available at some tables here and there.

These wagers are all pretty straightforward. However, what you’ll see is that most of your play will go between the player and banker bets.

A version of the betting called “commission-free” live dealer Baccarat exists as well. The idea is to eliminate the awkward 0.95:1 payout for the banker bet. As a result, it turns to 1:1, but to compensate, bets on banker hands that end in a total of 6 pay at 1:2 instead. For example, a wager of €10 would profit €5 instead of the full €10 that 1:1 would normally pay.

This gives the banker bet a slightly higher house edge at 1.46 percent.

Depending on the variation you’re playing, you can run into a number of different side bets. Some games will have no side bets at all, but others will have several of these. Here we’ll break down the most common ones so that you have an idea of what to expect.

This is a particularly high-volatility side bet with a house edge of slightly over 8 percent.

In commission-free Baccarat games, a side bet is often available called the Super 6. If the banker hand wins with a total of 6, then the Super 6 side bet wins. The house edge depends on the payout, and here are the most common ones.

We don’t really recommend this side bet if the payout is less than 16x because of the high house advantage.

Interestingly enough, we’ll often see the Dragon Bonus side bet at the online live Baccarat tables, but we don’t see it hardly ever at the more traditional online tables. Two versions of this exists, for the player and banker hand respectively, so there are two separate payout rates. However, the payouts for each individual possibility is the same.

In both cases, it’s essentially an extra wager on a certain hand winning with different payouts. The most common pay table for the Dragon Bonus is as follows:

The player version of this bet is obviously much more favorable.

How to Win at Live Baccarat

Strategy for live dealer Baccarat online is to just focus on playing the bets with the lowest house edge. Since you don’t make any decisions about the play of the actual hands, that’s really all you can do.

Note that some card counting opportunities can be available in the live Baccarat setting. However, its impact is actually pretty minimal. It’s nowhere near as effective as it can be in something like blackjack. If you like tracking cards and that sort of thing, then it’ll probably be very fun for you. With that said, its practical application isn’t particularly impressive.

With so many live Baccarat play styles, you can get a mix of all different kinds of wagers and side bets. What you really want to focus on when choosing a game is a play style, betting selection and overall feel. If you can get those sorted out, then you’ll have a really good fit for you as an individual.

Which online casinos have Live Baccarat?