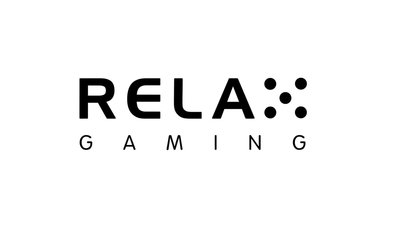 If we had to pick a company with the best name to sum up its products, then highly likely it would be “Relax Gaming”. Relax is also pretty much the company’s philosophy – despite the fact it is one of the quickest growing content providers and distributors around. Relax Gaming has been steadily growing its software portfolio for almost a decade, by curating and developing its own software. This has given them ample time to drill down on the sort of features and functionality that casino gamers demand. Discover the company history here and find the top Relax Gaming casinos and bonuses they offer.

If you think of big names in casino game software development and “Relax Gaming” doesn’t readily spring to mind, that could well be about to change. The company has established good relationships with several major online casinos already, but it is constantly looking for new partnerships and new venues to place its titles. For example, in early 2019, Relax Gaming went live with a much-heralded new video slot option for Big Time Gaming, called The Final Countdown. This was one of 50 new commercial deals the company signed up in a matter of months. It’s a clear and unequivocal indiction of Relax Gaming’s growing reputation for being one of the hardest working and most ambitious developers and distributors in the industry.

Why Play at a Relax Gaming Casino?

One of the most potent aspects of this developer and distributor is that its meteoric rise and relaxed personae is supported by robust business foundations. Relax Gaming is building its growth by investing heavily in research and development, including HTML5 game development, and by employing artists skilled in 2D and 3D design work. The company also has taken stringent measures to tackle fraud prevention by recruiting a “scientist” in this topic. This sort of commitment and investment keeps gamers interested, with new and improved options emerging regularly. It also provides the reassurance of good levels of online security and reliability.

Trust in the brand is also supported by the fact that Relax Gaming has a Category 2 eGambling license from the Alderney Gambling Control Commission. This is one of a series of gaming licenses the company has acquired, to meet different guidelines in different countries.

As it is such a forward-looking and innovative developer, Relax Gaming makes sure to include the game features and bonuses that players appreciate most. The company’s portfolio also offers excellent graphics and highly appropriate sound effects, as well as some lucrative payouts as the icing on the cake. With Relax Gaming, you can expect Free Spins modes, Scatters, Wilds and a number of ways to collect instant cash prizes.

As explained later in this review, the company still has plenty of wriggle room to fill gaps in its game portfolio.

Relax Gaming content developer and distributor is responsible for at least 280 titles and its new launches are coming thick and fast. At the time this review was created, one of the most recent launches was The Final Countdown – a video slot for Big Time Gaming, featuring astronauts Vegas and Venus. It offers two bonus modes, The Countdown and Heading for Venus. These ignite the reels and provide chances to unlock prizes. Relax Gaming is one of only three platform partners who distribute Big Time Gaming content.

Another of the newest games from Relax is Wildchemy. This slot enables you to dabble in creating potions and alchemy magic, via a 5×5 grid. Designed to provide multiple paying entry points and methods, it doesn’t pay out big but its Magical Portals (which open up wins) appear frequently.

Another relatively new title off the block is a poker game, HexaPro, which Relax developed in partnership with the Kindred Group. This offers players a chance to compete with only two opponents to win up to 1,000 times their stake. It is part of a parcel of products the company is seeking to establish in the highly regulated French gaming market.

Dragons’ Awakening is another newcomer. This takes players to the volcanic lair of ferocious dragon Eldur. It is a 5×3 video slot that uses four dragon spirits to protect its hidden treasures.

Relax works with a growing number of partners to create new and fresh poker, bingo and slot products, though it has yet to go live with any titles outside these core sectors. If there is a weak area for this dynamic company, this is where it lies. It does not yet have as many slots as some of its bigger rivals, perhaps limiting its status in this key area. It also has no games at all in some of the classic gaming genres. Among the game offerings it has so far failed to provide are live-dealer games and Blackjack.

Apart from the recent game titles mentioned above, what other offerings have started life with the Relax Gaming team?

Erik the Red – interestingly, this was Relax Gaming’s first title that delivered directly to players, rather than as content commissioned on a business-to-business basis. You can tell it was a “labour of love”, as it offers high calibre graphics and animations. It also has appealing bonus features. As a starting place for developing its own brand games, it’s first-class.

Temple Tumble is a slot title that transports its players on an exciting adventure at the heart of the ancient, Cambodian jungle, developed in partnership with Big Time gaming. Its 6×6 reels offer good variance in opportunities to win and stakes on all devices can start from as little as 20p per spin, rising to £100.

Another of the stable’s popular casino slot games is a pig – the Great Pigsby in fact, a worthy successor to the F. Scott Fitzgerald world of glamour created in The Great Gatsby. This game features lively party fun in a colourful mansion, with free spins and enhanced wild features, as a five reel slot with three rows and 243 pay lines.

You can get another culture fix while you play casino slots with another Relax title, Vincent van Gogh. This game is based on the 19th-century impressionist artists most famous work (Sunflowers and The Starry Night for example). It is a five reel slot, with three rows and 20 pay lines. Apart from looking amazing, this Vincent van Gogh slot game has an excellent RTP of 96.83%.

Other Relax Gaming slot titles include Moby Dick, Antique Riches, East of the Sun and West of the Moon.

Relax Gaming operates a virtual poker room for online casinos to use for their customers. Unibet Poker was the first big name to take this up, in a deal that provided the content developer and distributor with a highly important launch pad in its early days.

The poker platform Relax supports reflects some of the hallmarks of the firm. Relax Gaming leans towards building in a lot of in-game features, but uses clear and clean backgrounds, avoiding distracting “design overkill”.

Unibet Poker offers “sit and go” and multi-player tournaments, with game options including Texas Hold’em, Omaha PL and Fast-Fold. You can vary prize structures, as well as selecting an avatar or alias. There is also a loyalty program that you can enable.

Other partners have opted for the Relax virtual poker room, so you can find it on various Relax Gaming casinos.

This is another game sector that Relax entered via its partnership with Unibet. The Bingo Network, which the two launched in 2014, seized the opportunity presented by a new generation of players who had discovered the fun of bingo.

The virtual bingo hall that was built under Relax Gaming was designed to include a good range of features and a strong loyalty programme to keep players coming back for more. The Relax Gaming bingo platform is often viewed as a sampler for its successors and is now featured in a growing number of casinos.

Relax has a roulette platform with good graphics and a toe-tapping jazz soundtrack that it supports for various online casinos.

Parent company Relax Gaming Holding Ltd is based in Malta. However, it has staff in various parts of Europe including the UK, Spain, Sweden and Finland. This is to ensure that it has the levels of talent needed to develop and maintain software for its different gaming operators and partners.

There’s an interesting story about its origins. It apparently started life thanks to a chance meeting in a pub! In 2010, founders Jani Tekoniemi and Patrik Österåker started to chat and found common ground in their love of gaming. From this, they developed the business plan for Relax Gaming and soon after recruited Kai Palomäki as CTO. The company is proud of its origins, to the extent that it admits “Like all good ideas, Relax Gaming was dreamt up one evening in the pub”. The twin pillars of the founders’ initial business plan were to produce games of high quality that were also flexible and innovative. Popular opinion suggests that that’s exactly what they have achieved, largely with hard work.

As mentioned, one of the company’s earliest successes (that really helped to launch it in the industry) was the game developer’s partnership with Unibet to push out Relax Gaming titles into their online casinos. This working relationship is still growing strong, and one of the exciting things about Relax is that it now has many other big industry names queuing to deliver its output. This includes a deal in early 2019 for Relax Gaming to provide content to SoftGamings customers, covering various in-house games (including Erik the Red and The Great Pigsby) and Silver Bullet partner content.

Relax Gaming’s Silver Bullet distribution suite is an open platform and the way in which the company can curate and deliver games from its strategic partners. It is MGA, UKGC and AGCC certified, and all the company guarantees that all content is tested and certified by eCogra. Silver Bullet is gaining ground rapidly and attracting a lot of industry attention.

Relax is putting a lot of effort into building it further, to support its ambition to offer top class games from other sources, as well as its own creative output. The firm does this by forming mergers or creating joint ventures with like-minded software developers and games providers. For example, in summer 2018, the multi-vertical gaming provider signed a collaboration deal with Wazdan. This enabled game developer Wazdan to get its titles out to the market more successfully, via Silver Bullet. In February 2019, Relax signed a similar deal with Max Win Gaming to bring two of its new titles out.

Relax has gone on to create three generations of poker products, two generations of bingo platforms and a strong casino offering. All this business activity shows the huge drive and ambition to be found at Relax Gaming. Word has it that the core team never forget their roots though. They still put a lot of emphasis on fun and free-flowing creativity, which is why the staff refer to themselves as the “Relaxers”!

Does Relax Gaming have its own casinos?

It is beginning to develop direct-to-market games, suggesting that it could be about to launch its own casinos, but currently, its titles and platforms are provided in conjunction with various partners and operators.

How is Relax Gaming different from other developers and distributors?

Several companies can boast a larger and more comprehensive portfolio of products. There are perhaps two things that really distinguish Relax, though, and mean that they are “one to watch” – first, is the company’s passionate commitment to growth. Second, is the bubbly and fun personality that pervades all that Relax is (and does). This is a profit-making business, which has not lost sight of the fact that gaming should be highly enjoyable!

Are there any job vacancies at Relax Gaming?

The short answer to this is yes! The company’s ambitious growth plan means that it is more or less constantly recruiting.

What is the best Relax Gaming casino?